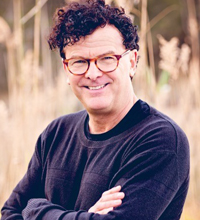 Man didn't come from monkeys; he was created with intelligent design, in an instant act of such intimate, artistic endeavor; perfect portraits of the Divine Artist who made them. 'And the Lord God formed man from the dust of the ground, and breathed into his nostrils the breath of life; and man became a living being' Genesis 2:7.'Then the rib which the Lord God had taken from the man He made into a woman, and He brought her to the man' Genesis 2:22. 'For Adam was formed first, then Eve' 1 Timothy 2:13.

The songwriting prophet Isaiah is emphatic with this point. 'I have made the earth, and created man on it. It was I (not evolution) - My hands that stretched out the heavens' Isaiah 45:12. 'In the day that God created man. He made him in the likeness of God. He created them male and female, and blessed them and called them Mankind in the day they were created' Genesis 5:1-2. God called them Mankind - born to love and be kind and kinda like God! Adam and Eve were blessed when fashioned by God, that blessing is for you and I as we allow Him to fashion us!

We are God's artwork, to create and be creative in synergy with God the Artist - not to swing around in trees and eat bananas. The only worthwhile workmanship of any consequence in our own lives is achieved through Christ, like the act of creation itself - made through Him, as were monkeys, and lions, and giraffes.... 'For we are His workmanship, created in Christ Jesus for good works, which God prepared beforehand that we could walk in them.' We are all certainly an artwork in progress! 'My little children, for whom I labor in birth again until Christ is formed in you' Galatians 4:19.

We are God's product, we are the fabric, the form of who He is; the canvass for the Holy Spirit to paint on, sing through, or make sound that will rend open the heavens, accelerate the Church and push back darkness that fervently resists God's art. 'Everyone who is called by My name, whom I have created for My glory; I have formed him, yes I have made him' Isaiah 43:7. What we do as believers, and as artists should be for His glory. End time art endeavor is about His glory and its release in the earth.

Consider yourselves as God's art, He paid the price through the sacrifice of His Son Jesus. We are canvass of the highest value! We are not our own - we have been purchased with the Pearl of Great Price - Jesus Christ. God is the author of all creation. He has the proprietorship, and is the manufacturer of everything, including us. He fabricated the form; He is the founder and maker of form. 'Thus says the Lord, who stretches out the heavens, lays the foundation of the earth, and forms the spirit of man within him' Zechariah 12:1. When you create something you own it. He is The Divine Artist, Writer Publisher, the 'author and finisher of our faith' Hebrews 12:2. Let Him write and create through you - the difference between man and monkeys.

(Extracts from the book by Stephen Bennett - The Divine Artist)

Wonderful insight and good way to challenge the ideas about humans evolving from monkeys. i definitely believe that we are God's artwork and therefore we could never come from a monkey. Good Article!!!

Neal, it looks like it was the New King James Version, except that bit about evolution.
Good articles anyway,

'I have made the earth, and created man on it. It was I (not evolution) - My hands that stretched out the heavens' Isaiah 45:12

Could you tell me which version of the Bible you're looking at?