Going To School In The Old City In Jerusalem

Paul Calvert spoke with Saliba Kuttab from Frere School in Jerusalem, about the history of the school, his vision for the future, and the benefits of being based in the Old City. 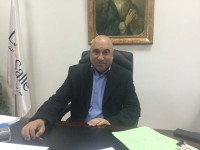 Paul: What is Frere School?

Saliba: Frere School is a school that started with a Saint, his name is Saint Jean-Baptiste de La Salle.

He was a French priest who had the idea to give teaching to the poor kids. This is the meaning of Frere School, the education was for the poor.

After several years it became education for everybody.

Paul: Are you just here in the Middle East, or are you all around the world?

Saliba: We are in 76 countries all around the world.

Paul: How was the Jerusalem school started and when was it started? 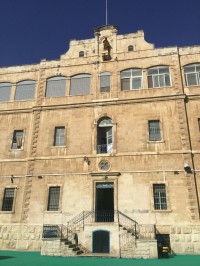 Saliba: It was the idea of two brothers who came from France. They had the idea to open a school in Palestine and the first school was in Jerusalem.

They took land from the Latin Patriarch and they started the school, I think it is in 1876.

Paul: You were a student here over 50 years ago, tell us about that.

Saliba: I was a student when I was five years old. We lived in the Old City and the school was near our house. All the kids came to the school, so as to play, it was the work of a community there. We played basketball and football. Our parents put us in the school and I learned in this school 17 years. Then I went to France to study education and physical education. I came back as a teacher. Then I became responsible and now I am the Director of the school.

Paul: Have you seen a lot of changes over the years?

Saliba: Yes, because all the ideas, the education itself changes.

We need a lot to change with the philosophy of education in our country, especially in our school. I am looking for changing the education to start with technology, to put technology in education, and go out from the box; not to stay in the box in education, learning and teaching.