Green Pastures is an award winning Christian Charity and Social Enterprise releasing the Church to end homelessness in the UK. Jeff Short chats to co-founder Pete Cunningham about the work they are doing. 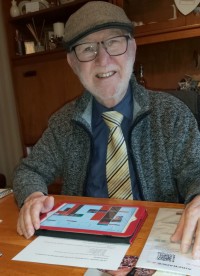 Jeff: You seek to try and make people happy, Pete. Is that right?

Pete: Absolutely. We try to make them happy and I think in a lot of cases we do make them very happy.

Jeff: So how do you do it and who are the people you make happy?

Pete: We started 19 years ago as a local church and we felt God challenge us about the people who were sleeping under the pier. We got some money together between us because we felt that was what God wanted; the church to put its hand in its own pocket. We bought two flats and we've grown from there.

Twelve years ago we were housing 70 people, then because of a Times article people came to us asking if we could buy them a house. So now we're in 80 different towns and we're housing over 2,000 people. I think about 1800 people are pretty happy being housed, as they had nowhere to live before.

Jeff: Where did you start?

Pete: We started in Southport. We were a small church; we used to pray in the morning and read the scripture systematically and we tried to work with the local authority. They'd got some money but no one under the pier was housed so we were a bit miffed with the Almighty on that day because we were disappointed.

Then lo and behold we read the story of the Good Samaritan again and it was that epiphany that you have now and again. The word of God opens up to you. You might have read it 50, 60 times. It was right at the end where the man who was not a Christian goes to the innkeeper and says if I owe you anything I'll pay you when I come again. So he took responsibility for a man he didn't know who had been beaten and left half-dead on the road and said I'm going to care for you until you're better.

So that's all we did. We felt challenged; we put our hands in our own pockets. One of our ladies mortgaged her property for Â£24,000 and I'd got Â£6,000 in a pension. Another person put a couple of hundred pounds a month in to help us and we set off.

Jeff: You make it sound so easy but I can't imagine there have not been times when you've been waiting for the postman to arrive with some provision.

Pete: Oh, there's no doubt it's not an easy road but let's face it, Jesus said my yoke is easy and my burden is light. So it's a lot better than living outside of Christ. You live inside of Christ, you try and obey his words - you might disagree with him now and then on what he said but usually when you put it into practice it turns out for good and you're blessed by it.

Now we're extremely blessed because we're running this company - a Â£50 million company - and we're growing 15-25% every year, we're housing more people and we've got some amazing things happening this year. We're having a phenomenal year.

Jeff: I should think every year is a phenomenal year if people are in your orbit; you sound so passionate about the scheme. But you work with partners as well.

Pete: That's right, Jeff. We're working in 80 different towns across the UK now. That grows every year so we're adding most probably 5 or 10 partners every year. In another two years we'll have 100 partners, which will be fantastic. They'll be looking after a variety of different people. Sometimes they're looking after asylum seekers, or failed asylum seekers, ex offenders, battered women, alcoholics - the whole range. We've got one group who look after 16 year olds and under who are pregnant.