Jeff Short spoke with Harry Benson from The Marriage Foundation, who says that the fact that more marriages are staying together, is good for teenagers' mental health. 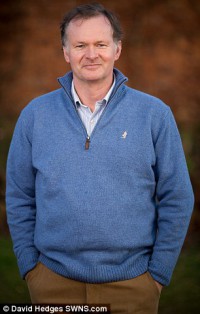 Jeff: Who are the Marriage Foundation?

Harry: Well, I hope people will be very pleased about our existence. We're here to improve confidence, or restore confidence in marriage.

There's been an enormous decline in marriages, as most people will be aware, since the 70s. So we have essentially set ourselves up to be a voice for marriage, to be supportive of it and we do a lot of research on marriage.

We've got a very informative website, with lots of interesting studies that are very accessible and readable.

We were set up by a former High Court judge who saw years and years of devastation going through his courts and wanted to do something about it. And I've been teaching couples how to have happy relationships so we're a good mix.

Jeff: Marriage has had a bad press, as you say, for some while, but you've got good news about marriage, haven't you?

For years I've been looking at the scale of family breakdown and how awful it is, and then saying that mostly marriages tend to stay together and unmarried relationships tend to split up, on the whole. These are obviously gross generalisations.

The scale of family breakdown has tended to rise over the years precisely because more and more people have been living together without getting married. That has sort of driven family breakdown and that has been the story as far as we were aware until quite recently.

Then I did a new study with one of the brilliant professors I work with up at Lincoln University and we looked at how many teenagers were not living with both natural parents today versus 10 years ago and the answer is that it has come down quite a lot, from over 40% to about 36%. That might not sound like a big fall, but it matters an awful lot if you are in that few percent who are still living with both natural parents.

Jeff: Is that likely to continue?

Harry: We think it will. Our story has been that the collapse of unmarried couples has been driving family breakdown, but actually what's happened is that divorce rates have been falling since the 90s, which is a story few people are aware of but it's very real. Marriages in the early years are doing very much better than they were in the 90s. We are now back to the same sort of divorce rates we saw in the 60s and 70s, which is pretty amazing.

That means that since most kids who were brought up by two parents, who've stayed together, are in married families, that means that there is less family breakdown.

That's quite a big surprise. What it doesn't do is take away the underlying story that unmarried families tend to have much higher break-up rates, unless they make decisions about their future, and that's really what we think is going on; family breakdown has fallen because more married people are more clear about why they are getting married.