On The Road With St Augustine

James K. A. Smith addresses believers and sceptics alike, as this book shows how Augustine's wisdom speaks to the worries and struggles of contemporary life, covering topics such as ambition, sex, friendship, freedom, parenthood, and death. 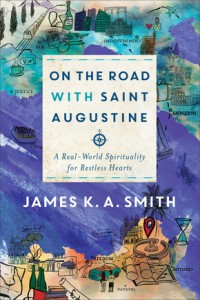 Jeff: What was Augustine's background? What was his experience of life?

Jamie: Augustine lived in the late 300s and early 400s so he's a very ancient thinker for us. He lived in North Africa, which today would be contemporary Algeria. He's a biracial, bicultural person raised by an African mother and a Roman father. They have all these hopes and dreams for him. He makes his way to Rome and Milan and he's climbing the social ladder.

But it's when he's finally achieved everything that he realises he's still not happy and that's when God gets hold of him. He makes his way back to Africa and never leaves again. What's interesting for people in the 21st century to go back to this ancient 5th century African and hear somebody who feels so contemporary; whose insights into the human heart are so perennial.

It's almost like he's so much of an outsider to us that we can hear his perspective on our own lives afresh and anew.

Jeff: Your book speaks about what you call his timeless wisdom and you say he speaks to the worries and struggles of contemporary life. He covers such topics as ambition, sex, friendship, freedom, parenthood, death. Wow! That's quite a range of stuff for a guy who we would think what relevance has he got for today.

Jamie: And it's mostly because those are perennial human examples of things that we often seize on, as this is the thing that will make us happy. For some people they think oh, just pursuing sexual pleasure is the meaning and significance and then none of that realises the happiness they're looking for. For others it's the ambition of professional accomplishment and achievement and they get to the very top of their field and they realise oh, I'm still not happy. All of these things are very human realities that we all look to and enjoy.

What I love about Augustine is he's a Christian, he's a theologian but he's a humanist in the sense that he understands human nature and human desires and what it is to live a meaningful life. I hope that people who have no interest in Christianity but are just exhausted by all the alternatives might find in Augustine a surprising friend.

Jeff: I was just going to ask you whose hands would you like to put this book in and you've said that group of people who have looked at the alternatives and found them wanting. How did you get interested in Augustine? How long have you been hooked into this guy? 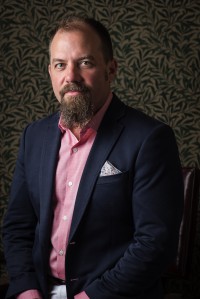 Jamie: This has been a twenty-year journey for me. I'm a philosopher by training and what's interesting is I was working on 20th century French philosophy, the Existentialists and so on. I started to scratch under the surface and realised that in fact all of them were influenced by this ancient saint, Augustine.

So, as a Christian who was trying to be a philosopher, to go back and see in Augustine somebody who had put all of these things together and then had such existential import, I felt like he was jack hammering his way into my own soul and could see corners of myself that I hadn't seen for myself. He's like a spiritual guide that I've been on the road with.

Jeff: For the listeners, could you repeat that quote you made at the beginning from Augustine's Confessions?

Jamie: It sort of encapsulates both Augustine and I think who we are as human beings. He says, "You have made us for yourself, and our hearts are restless until they rest in you."

Jeff: If we had a message translation of that rather than the authorised version it's saying we're really made for relationship with God and until we find that we're incomplete.

Jamie: That's exactly right. That restlessness and anxiety would be another way to translate that. That anxiety comes from looking for that ultimate meaning, significance in all kinds of substitutes. I think that really helps make sense of a lot of our culture, our franticness.

Jeff: Is the book On the Road With St. Augustine out now?

Jamie: It is - in bookstores near you. I also think it's quite a beautiful book. There are a number of colourful paintings in there that are discussed alongside films and things. So I'm very excited for this baby to meet the world.