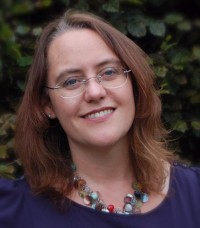 Communications Minister Ed Vaizey is looking to introduce a system that would enable parents to ask internet service providers to block adult sites at source rather than relying on parental controls that they need to set themselves. In excess of one thousand people have contacted him expressing support for his initiative to protect children from online pornography. To discuss this and surrounding issues of the sexualisation of children, Heather Bellamy caught up with Vivienne Pattison, Director of Mediawatch.

Heather: Do you know how this new system will work?

Vivienne: It's still very much up for discussion. The Government and Mr Vaizey are particularly keen to not move to regulation, to see if it's something the industry can do itself.

We understand that there's a problem and it needs fixing. He had a round table meeting with Internet Service Providers and other interested groups who work in this area at the start of February. They sat down to thrash out how this might work and the technical details of it. Claire Perry MP described the meeting as 'very productive' with a 'rather scary degree of favourable consensus'. It was agreed that the ISPs would look at the technical issues involved in filtering pornography at ISP level and there will be another meeting to continue the discussion.

The fact is this can happen because mobile phones now come pre-locked if you like, so that you can't access adult content from a phone you have just bought unless you opt into it. So it's a similar system to that.

I don't think anybody thinks that it is appropriate for children to have access to pornography. Indeed, I'm told that pornographers themselves are not that interested in children seeing it because they don't make any money out of them. So it's just a case of working out the best way to protect children.

Heather: How big a problem is this. Do you have figures of how many children have access to pornography on the internet?

Vivienne: Absolutely huge numbers of them, but the thing I think is most shocking is that the average age for a child when they first see pornography online is age 11. I think that is quite shocking and we would all agree that that is not the best way to go.

The thing is it's not even that children are going to look for it. I've done it myself, searched for perfectly innocent terms in search engines and have been confronted with incredibly pornographic images. It's so easy to come across this inappropriate content and it's almost getting to the stage where it's nigh on impossible for parents to protect children in this way.

I think as a society we've got a bigger agenda here and we need to look at how we can work together to protect our children, so I'm really pleased that this is going ahead.

Vivienne: Mobile phones are changing now. If you buy a new phone, in order to see pornography on it you have to opt into it with your internet service provider. You have to prove that you're over the age of 18. I think that's a really positive way forward. This is looking at a way of doing that through your PC or desk top, to protect children across the board. In a way it's your computer catching up with where things are with your phone at the moment.

Heather: In the last year many people have been discussing the sexualisation of children in our society. Children accessing pornography online would be part of that. However the issue is far bigger; for example, last year Westfield Shopping Centre in London ran a series of pornographic advertising billboards for clothing that anybody could see just walking into the Shopping Centre. Did you pick up on that?

Vivienne: Yes and there was an outcry and I'm very pleased about that. Retailers and broadcasters or whoever it is, they go so far and then they suddenly realise that they've gone too far and they'll hit a public wall of approbation and people are absolutely furious about it. I don't think that we can point our fingers at any one section and say, it's your fault that children are sexualised like this; it's part of a massive thing. Children are like little sponges soaking up; in educational terms, soaking up all the messages around them. They pick things up from billboards, on the television, they access the internet and they see stuff in shops. All these things go together to form a very complex jigsaw of the way in which they view the world.

Heather: Are you hopeful that this is being addressed then and that the lines aren't going to continue to get blurred and weakened in terms of the definition of what pornography is and how kids are being sexualised?

Vivienne: I am very hopeful actually. When the coalition was hammering out its coalition agreement, one of the very early things that they put in, I think it was about item number four, they said, 'We want to do something about the sexualisation of children in our society. We don't think this is right and it's something we want to look at'.

They have already put together a group to have a look at this. They started work at the end of last year and will be reporting back in the late spring/early summer with their findings about, are our children as a society becoming sexualised and if so, what might be causing that? I think it's great; in fact David Cameron hit the nail on the head when he said that as a society we appear to be sleep walking into a place where porn is the norm. I'm very pleased that that's been recognised at the highest level and hopefully they will do something about it.

As a parent myself, I want to ensure that my children aren't exposed to inappropriate imagery until they're old enough to handle it properly themselves. And it's precisely because I care about that, as a parent, that I'm not prepared to hand over that responsibility to a third party.

I've gone into this in more depth on my own blog, because this is an issue I feel very strongly about. My concern is that by repeatedly calling for the impossible, the campaigners are actually making it harder to take steps that will be genuinely useful. You can read more of my thoughts here:

Yes I am a parent. I have a boy and girl both in their late teens the younger one now in the sixth form. My wife and I have brought them up with little help from anyone and i have always been fully aware of my responsibilities to keep them safe. *MY responsibilities*, not the states, by it imposing undue and often unfair restrictions on people in the name of "protecting" children. The teenages are well adjusted, very well mannered and I can take them anywere and be extremely proud of them

They have always been tought to hold a strong opinion ONLY when they have thought it out for themselves, rationally, based on their own experiences and research, and never simply because anyone (including myself or my wife) told them what to believe.

Increased censorship as advocated by religion is harmful and there is increasing evidence to support this.

As I said, they don't do it on the continent, with little evidence to show it is necessary.

My kids have been online for over ten years, with dialup and then broadband in 2002. We always monited their internet activities using programs such as VNC client/server (free software) so we could remotely see what they were doing and had little cause for concern. They knew we could do it and knew when we did, as an icon on the taskbar turned black. I never once found them accessing adult sites.

Now they are teenages over 17 I allow them the freedom to decide for themselves within legal limits.

You've still not cited your references to censorship.

If you wish to examine the body of evidence of the harmful effects of presexualisation and in particular the increase in sexual offences committed by these children in later life just google "sexually reactive children". In particular the research indicates that exposure to sexual material or activities pre-11 has the most harmful outcome. Hence the need to let children be children.

Shaun, could you cite the references to this evidence that shows that censorship is harmful. As a statistician I'd be very interested. However your claim of their being no evidence of real harm caused is complete rubbish. I see first hand through my charity work the harm of sexualisation of children - it is the technique used by paedophiles to groom children and alter their perception of "normal behaviour".

The average child is exposed to explicit pornographic images on the internet at age 11. Is this acceptable? But I do agree that it IS definitely the responsibility of the parent to protect their children (when they are children) and teach them to make good choices as they become adults. You clearly are savvy about this Shaun, but I assure you from my charity work that most parents just don't have a clue what their children are up to. Frankly I think the answer is to teach parents how to do this rather than impose rules.

It's always the religious who want to censor everyone else on the grounds of "protecting" children, even though they have no evidence of real harm caused, rather than a simple culture change. On the continent little censorship has taken place since the second world war without any evidence to show harm was caused. I think "protecting children" is an excuse for those wanting to impose their prudish narrow mindedness on the rest of us. Strange it's often the same people who want teachers at faith schools and parents to beat the living daylights out of the kids in their charge. I've no time for any of it. I will accept restriction when the evidence is unequivocal. At best currently it is not; it is flimsy and contrived at best.

Are you a parent, Shaun?