In part 3, Paul Calvert spoke with Kalman Samuels about the incredible sports facilities and programmes they have, currently benefiting thousands of disabled young people in Israel. 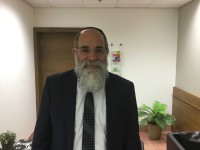 Paul: Sport is very important to you too isn't it? Don't you have a basketball team and do judo as well?

Kalman: We have several basketball teams.

They play and are totally inclusive in the local professional team, which is called Hapoel Jerusalem. We work hand in hand with them in a very professional way. So the youngsters have a trainer, uniforms, and they play in a league that we set up. It's very exciting.

On the judo end, there is another fascinating story. Two years ago in Rio de Janeiro, an Israeli young man by the name of Ori Sasson, won the bronze medal in judo. He came back to Israel and decided that he was going to donate the suit that he wore when he won the medal to Shalva. We then auctioned it off and raised a lot of money for that suit. The person who bought it donated it back so it is on show in the sports department. It's on the wall.

Under Ori's direction, we began with those funds, a judo programme for our kids. 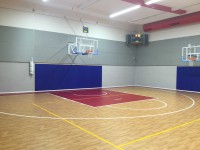 We were asked by the Government to create a programme for them. We did and one of the things that they enjoy is judo.

They are working at this on a regular basis, and many already have their first belt. I believe it is a yellow belt. When the European Judo Championships were here they actually put on a display that was televised all over Europe as to their skills, so we try to make something out of everything.

Kalman: The swimming pool is an indoor magnificent semi-Olympic pool. It's 25 metres and it is full morning, noon and night. 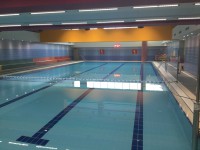 Approximately 2,000 kids swim there each week. Some of those kids can't swim. We bring from the outside, other people with disabilities who use that pool.

We have another magnificent pool that is warmer and a bit smaller. It's a therapy pool. That is where mothers and their babies go when they first come to the programme, and of course there after. It's often in that pool when mummy is working with a therapist, and five other mothers are there with her in the pool, that she erupts into an emotion and suddenly realises this is my baby; this is not someone else's child; and begins to bond in very emotional ways.

Independent of that particular situation, it's used by all the pre-schoolers, where you need a bit warmer pool. The larger pool is a regular temperature. That pool as well, is used from morning to night.

The gymnasium is beautiful and is a full-sized gymnasium. Again it is used at all hours.