Taking Care Of The Environment 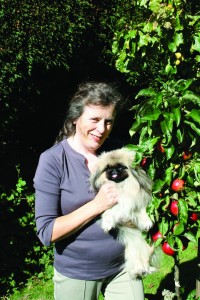 Nine million drivers have thrown litter from their cars in the past year; subsidies for onshore wind turbines will be cut by 10% in 2012; the Diocese of Exeter withdrew their plans for six wind turbines earlier this year and in 2011 a report said that the Government had made either moderate or no progress on 22 of its 29 low-carbon commitments. With facts like these, you'd be forgiven for thinking the environment was slipping out of the UK conscience. However, one charity continuing to raise green issues is Christian Ecology Link. Sarah J spoke with their Secretary, Barbara Echlin.

Sarah: Tell me a little bit about the work of Christian Ecology Link.

Barbara: Christian Ecology Link has been trying for over 30 years to encourage the Church to get more involved in green issues; in caring for God's earth and also in reaching out to the secular environmental green movement, not in an attempt to convert them, but to stand alongside them as the Christian Church is also concerned about these issues. We've been trying for 30 years and progress has been made. Thirty years ago it would have been amazing to have an Archbishop of Canterbury, a Bishop of London, Pope, Patriarch and a great many other Church leaders and other Christian denominations all saying how important it is that the Church and Christians care about the environment. Progress has been made but there is a lot further to go.

Sarah: I know that you've been working alongside some churches helping them think about wind turbines. What's that all about?

Barbara: Indeed we have. The Diocese of Exeter has been a leading Diocese in the Church for many years. They had a very exciting project of putting up six wind turbines on church land. I find that even large turbines are rather beautiful aesthetically, but these turbines they planned to put are farm sized, 25 metres high; mini wind turbines. They wanted to use these to generate electricity. One of our key problems, in truth, at the moment is climate change.

We've got to reduce our energies, but we've also got to find ways of generating electricity in different ways. Lots of churches have looked at this and some brave ones have put solar panels up on their knaveries and in the case of Exeter they decided to put up these wind turbines. They were met by a barrage of criticism though and so rather than cause a lot of aggravation they have decided to not to go ahead with their scheme. The Christian contingent has departed from what they were trying to do and we always want to encourage the churches to engage with the people around them and try to find ways where the church can help by generating electricity and really show the lead here.

Sarah: A lot of churches would have rather large electricity and gas bills because they've got quite big buildings to heat and keep lit. What are some practical things that churches can do to start thinking about green issues in their premises?

Barbara: There are a lot of first steps before you get to putting up the wind turbine; things like reducing drafts. If you walk around the church and find where all the drafts are coming from and then make a plan to stop them and carry it out. Managing lights is another one; not having lights on when they are not needed and putting labels next to them reminding people to do this and replacing incandescent light bulbs with energy-efficient ones. Also managing the heating is important. It's a large space often to heat, but you could make huge savings if you have someone really on the ball who's checking that the thermostat and the timer for heating in the church and the hall are working properly. If they're not then the cost will be recouped with the amount you save on the fuel. Also, make sure they're set sensibly so buildings are only heated when they're needed. Only heat continuously if the building is in use continuously. If it's warm enough to work comfortably in a jumper and you don't need to be just wearing a tee-shirt, then put on an extra jumper and try and improve the insulation. I know at my own church, they found out that the office building had absolutely no insulation in the roof and the thermostat timer was completely set wrongly so they've now put insulation in the roof and changed the timer and the bills are coming down considerably. A lot of simple effects like that every church could and should be doing. Another way to raise awareness of environmental issues for church house groups is to follow a short course such as CEL's ecocell 1. This six week course is an introduction to cutting your environmental footprint in areas such as waste, shopping, food, energy, water and transport. All you need to get started is on www.greenchristian.org.uk.

Sarah: If there are individuals in a church who are very passionate about green issues and they feel like their voice is not being heard in the church community, what suggestions have you got for them in terms of trying to get the green issues on the agenda in the church?

Barbara: My first piece of information would be join Christian Ecology Link and get support. Go to our website www.greenchristian.org.uk and you'll find a whole host of things to help you. We have sample parish magazine articles that you can use and adapt for your own church magazine. We have prayers, so try and get the people who are leading the prayers in your church to include the environment. We have sermons, which is a really important way of getting your message across and you could alert your vicar to CEL's Green Pointers For Preachers. Every Sunday for the Lectionary Readings so many of the churches use, we have ideas for how you can bring in ecological issues; so much of the Bible is rich in environmental concerns if you really look for it between the lines. Its strange how much there is in scripture and how much there is in the teaching and writings of wonderful saints and people through the past that somehow in the last 100-200 years, the church has lost sight of. It's not that Christianity isn't concerned about the earth, it is, but we've just lost sight of it temporarily. Let me quote you something from Archbishop Rowan Williams that really puts it much better than I could, 'For the church of the twenty first century good ecology is not an optional extra, but a matter of justice. It is therefore essential to what it means to be a Christian'. I think that puts it really well.

Sarah: I guess that for many people out there creation and the environment is a way that people connect with God; that when they see beauty in creation, that helps them to think about God. It makes sense as a way of appreciating that, to make sure we're looking after the environment.

Barbara: Yes, I believe it does. God has created a beautiful world for us to live in, but he's given us responsibility to take care of it and that's the main reason that drives Christian Ecology Link. We want to take care of this beautiful earth that we've been given and to realise that we're all inter-connected with the rest of that world; not just humans and God alone, but humans, God and all of this bio-diverse world that God has created. When we see that being damaged, we need to feel sadness, but we also need to feel inspired to do what we can to take care of it.

Sarah: With the problems the Diocese of Exeter had with their local community over the wind turbines, it seems like it's also important to make sure that a whole community is engaged with green issues too, to help move things forwards.

Barbara: It's very important. You can't just work in isolation. If you're going to do something simple like the things I just listed previously, like reducing the draft and things inside the church building, then you can do that on your own; but if you're going to do something that's going to impact on the local community then you've got to engage with that community first and make sure that sufficient people are on board. You're not going to have everybody; if you start to do something radical then you're going to meet with opposition, but you need to at least engage with the people around you and make sure you've explained what you're about to do and listen to their concerns and do what you can to work with them, rather than going off on your own.

Christian Ecology is not alone, all the Christian environmental organisations and development organisations have come on board in recent years; people like Christian Aid, Tear Fund and CAFOD. They realised some years ago that we couldn't just look after people, because people are inter-connected with the local environment. What we can do as Christians is support those Christian developmental organisations in the work we are doing with people and the planet. If you go to the Christian Ecology Link website, you'll see links to all these other organisations, whichever fits your church, as churches are all different, so look around the different websites and different resources and find something you think, 'Ah that would work with my congregation' and go with that.

The opinions expressed in this article are not necessarily those held by Cross Rhythms. Any expressed views were accurate at the time of publishing but may or may not reflect the views of the individuals concerned at a later date.
About Sarah J

Sarah J is an interviewer for Cross Rhythms City Radio and also teaches in the field of mentoring.

View all articles by Sarah J