YWAM At The London Olympics 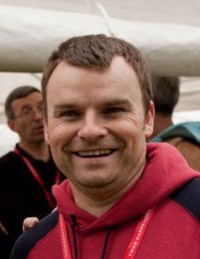 Forever 2012 is the Olympic outreach of Youth With A Mission (YWAM) for London 2012 and is an opportunity to touch the hearts and souls of the million-plus visitors from the nations coming to the UK for the Olympics as well as those from Britain too.

Forever is a team focused on taking advantage of these opportunities and they are preparing to mobilise thousands of teams from across the world to impact people in a fresh and exciting way. Sarah J spoke with Yan Nicholls from YWAM to find out more.

Sarah J: What is YWAM?

Yan: YWAM is Youth With A Mission. It's a missionary organisation working in 156 nations in the world. We have 18,000 world-wide workers doing relief, development and mercy ministry type projects; training and anything to do with evangelism.

Sarah J: In terms of ethos, it was originally set up to look at equipping and enabling younger adults to be able to go on to the mission field wasn't it?

Yan: Yes and it's still very much the heart; although we have some slightly older people helping do that these days, but it's still about young people.

Sarah J: In response to the Olympics coming to the UK, I believe you guys are getting yourselves prepared in order to be able to reach the nations that are coming to us?

Yan: Yeah. The Olympics is a massive thing for YWAM internationally. We've been involved in it since 1972 with the Munich games and we traditionally bring in thousands of people into the nation from all over the world on missions teams. We try to reach out and make a difference and impact on all the nations in one city. London obviously is quite cosmopolitan; over three hundred spoken languages. So it's a great opportunity to reach the world in one city.

Yan: Exactly. I think we have something like over 120 nationalities represented.

Sarah J: So what kind of things will you be up to?

Yan: We're doing a number of things. We're working in airports and train stations, welcoming people and translating for the airport and the train stations. We'll be doing some sports in the park. We've got some performing arts teams coming in. We've got about 20 hot spots around London where we will be having performing arts team's stages set up. We'll be working with the Salvation Army helping hand out cups of water. We'll be doing all sorts of projects that involve demonstrating God's love as well as an opportunity to speak out God's love.

Our heart is to have opportunities that anybody can do, but equally we're not going to hide our faith in the airports and train stations; we're working under the chaplaincies so that we can actually share our faith legitimately and nobody can stop us from doing that.

Sarah J: My understanding is that you're also going to be hitting some of the other big cities that are involved in the Olympics across the UK as well?

Hey Yan am trying to reach u my friend it's seif from Egypt ! Send me your email lets get in contact :)