Heather Bellamy spoke with Ciaran Kelly, the Head of Communications at the Christian Institute, about the importance of reasonable accommodation in balancing people's rights, and how after consultation, the General Pharmaceutical Council have chosen to continue to value their pharmacists faith and conscience, as well as patient care. 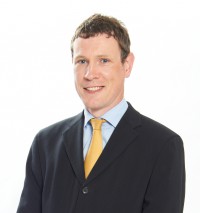 For the past few months, Christian pharmacists in Great Britain anticipated having to choose between their faith and their job, but after a huge campaign and the threat of legal action from the Christian Institute, their regulatory body has backed away from ending conscience rights. Heather Bellamy spoke with Ciaran Kelly, the Head of Communications, at the Christian Institute, to find out more.

Heather: How and why were Christian pharmacists' conscience rights going to be taken away?

Ciaran: The guidance from the General Pharmaceutical Council had always recognised the idea of 'reasonable accommodation' for pharmacists. This wasn't just for Christian pharmacists, but for any pharmacists with conscience on matters in this arena.

They put forward some proposed changes to that guidance and that took us into murky waters. They weren't saying that the conscience rights of these Christian pharmacists didn't exist all together, but it was a bit convoluted in terms of how they might apply it; it was a bit murky.

The risk was that that would leave pharmacists trying to err on the side of caution, trying to follow these guidelines. That would override the conscience rights of these professionals, which would put them in a position of being forced to choose between their faith and their jobs.

We had some correspondence with them, and they've taken it on board, and that's helped them come to their decision to clarify their guidance, in such a way that it's very clear that conscience rights of Christian professionals still apply.

The patient care issues that were being raised at the time, and talked about encouraging in the change in guidance, they were always in place and still remain in place. Patient care is very much in the heart of the new guidelines as it is in the old. But it prevents this clash between the allowance of reasonable accommodation with that patient care.

Ciaran: That's impossible to say. The facts are that they put forward something which, in its effect, would remove conscience clauses from Christian pharmacists and they have removed that murkiness and given something which is pretty clear, that Christian pharmacists have the right to exercise their conscience in their work, and they retain their right to refer people who come to them to another pharmacist.

Heather: I believe that the Equality Act was cited as the impetus for change. What did this have to do with equality?

Ciaran: It was really about this idea of not discriminating against people who come. They want a particular service and you should respond to that service. So it was a case of putting a lot of emphasis on patient care.

Patient care was always there, but rubbed along reasonably well with reasonable accommodation of conscience for pharmacists. That's what was being threatened. So the care of people who come to pharmacies is not being affected, or overridden.

It's not like Christian pharmacists have some carte blanche, where they say I don't like the cut of your jib, I'm not going to provide you with service. The concerns that were raised, that this was somehow giving pharmacists of conscience an opportunity not to provide a service on any grounds they so choose, were misfounded. We were able to help the General Pharmaceutical Council to recognise that and recognise that just by restoring most of the clarity that was there before, everybody can be happy.

Heather: So what is the General Pharmaceutical Council's new position? Is it just maintaining what was there originally or are there changes?