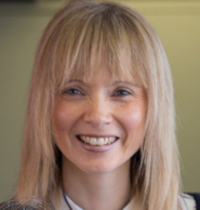 As I was worshipping Jesus earlier this week it struck me how many songs we sing in thanks to Jesus for what He did for us, but how rarely I'd thanked Father or considered the depth of love in Father God's heart for me in giving His Son for me.

'For God so greatly loved and dearly prized the world that He [even] gave up His only begotten (unique) Son, so that whoever believes in (trusts in, clings to, relies on) Him shall not perish (come to destruction, be lost) but have eternal (everlasting) life.' John 3:16 (Amp)

Father God greatly loves and dearly prizes you and me. Having a Father who feels that way towards us is mind-blowing. This isn't just unreliable words either; He acted on that heart in a way that ensures we can trust Him - He gave up His only begotten Son for us! He's strong too; He didn't flinch or back out of what it would cost Him to reach us.

Having a Father that is that bothered about you when you're even at your worst, that He would plan and come through with the actions of rescuing you back to Himself, is more than most of us can grasp as we've all been fathered by imperfect fathers and are in desperate need of receiving and experiencing this sort of love from a Father.

We have a heavenly Father whose delight it is to name us as His children and to be known as our Father. None of us are abandoned and we're not orphans. We all have a Father and one who has an incredible quality of love for us. We are His children and through Jesus we have access to the provision, protection, direction, love and relationship of that Father.

'See what [an incredible] quality of love the Father has given (shown, bestowed on) us, that we should [be permitted to] be named and called and counted the children of God!' 1 John 3:1 (Amp)

Jesus came because He considered the cost worth it to be that bridge so we could come back into relationship with Father. He didn't want to remain the only Son of His Father; He wanted the whole world to know experientially what it was like to be Fathered by Him. He knew, as the Father did, that we were lost and direction-less; we didn't have a clue and had deep father wounds without being restored back to a right Father relationship.

'No man has ever seen God at any time; the only unique Son, or the only begotten God, Who is in the bosom [in the intimate presence] of the Father, He has declared Him [He has revealed Him and brought Him out where He can be seen; He has interpreted Him and He has made Him known].' John 1:18 (Amp)

Life is all out of whack when we're not in right relationship with Father. We strive and worry and stress as we go about our work and daily lives. We feel the pressure of our own and others' expectations and our yoke and burden is anything but easy and light.

Jesus often has to help us un-complicate our lives and heal us, to help us get back to the simplicity that life was supposed to hold. Life is simply all about right relationship with the Father and living in that safe, secure and fulfilled place and not feeling any obligation to do anything other than what He would ask of us and all He asks of us comes with a light burden and easy yoke:

'I do as the Father has commanded Me, so that the world may know (be convinced) that I love the Father and that I do only what the Father has instructed Me to do. [I act in full agreement with His orders].' John 14:31 (Amp)

'And this is eternal life: [it means] to know (to perceive, recognize, become acquainted with, and understand) You, the only true and real God, and [likewise] to know Him, Jesus [as the] Christ (the Anointed One, the Messiah), Whom You have sent.' John 17:3 (Amp)

Getting to know this Father and receive His generous heart towards us can take time, as we often shut down from Him in pain and unbelief and go our own way. It can take much time and healing to grasp experientially that He wants us to ask Him for provision and not take wrong responsibility for ourselves, striving while disconnected from Him. He wants us to know Him and that He doesn't just want to discipline us, but to bless us and give us good and advantageous gifts:

Know that as you follow Jesus, He will take you to the banqueting table, where the Father is waiting for you and He doesn't want to tell you off; you don't need to be afraid; He just wants to hold you. He's been waiting for you; you're invited and chosen.

'The kingdom of heaven is like a king who gave a wedding banquet for his son.' Matthew 22:2 (Amp)

As you learn through His gentleness, patience and tenderness with you, that you can trust Him and lean on Him; bit by bit your clenched hands, clenched in control with the effort of doing it all yourself, will slowly, by choice, unclench and you'll find yourself holding His hands and living life from a place of peace and rest in relationship with Him.

If your heart is stirred to know more about the Fatherhood of God, you might like to read Fathering by Tony Fitzgerald.

For further reading on the importance of earthly fathers please read Fatherhood, also by Heather Bellamy and Rioters Are NOT 'Scum'! They Are The Fatherless by Jonathan Bellamy.

The opinions expressed in this article are not necessarily those held by Cross Rhythms. Any expressed views were accurate at the time of publishing but may or may not reflect the views of the individuals concerned at a later date.
Heather Bellamy
Cross Rhythms
Stoke-on-Trent


View all Life Files by Heather Bellamy
Sign up now to receive weekly Life Files, direct to your inbox.