It's All About People

Paul Calvert exhorts us to be sensitive to people's struggles. 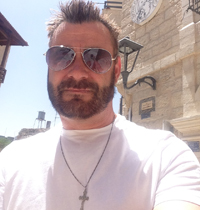 Just the other day I went to Masada with friends. It is a beautiful place just next to the Dead Sea.

We took a bus from Jerusalem and went down and passed the signs telling us how low we were from sea level. Then we went passed Jericho and followed the Dead Sea, which is the lowest place on earth. As you pass Ein Gedi you know that you are nearly there.

And there it was, breath-taking. A huge rock opposite the Dead Sea.

Many people climb up it following the Snake Path, which takes you up to the very top, but if you are feeling less energetic you can go by cable car.

Once you are at the top there are some breath-taking views. You can see the Dead Sea and the Jordanian hills behind. You can see other rock formations and the valley below, and the remains of the Romans who were there before us. What an amazing view. On top you have the remains of a civilisation that lived on top of this amazing rock.

It's definitely a wonderful place to visit if you get a chance to come to the Holy Land.

But amongst the beauty is a tragic tale.

Masada is the site of a mass suicide. The rebels held out on Masada while the Romans tried to conquer the huge big rock. It took the mighty Roman army sometime to reach the top and when they did they found that everyone had committed suicide.

Such a tragic end in such a beautiful surrounding.

Opposite the lowest place on earth came a big low for the community, that they felt they had to commit suicide rather than be taken by the Roman soldiers.

I imagine that the community that lived up there 2,000 years ago lived in the same beauty that we saw when we visited.

This trip to Masada has reminded me that we shouldn't take things for granted.

You look at people's lives and they can look fine, but really inside people are in pain, and are hurting, and struggling with life.

We should never judge anyone just on appearances, because appearances can be deceiving.

Someone told me once "It's all about people." It was very good advice.

When you meet people in the street, remember that that person could be hurting. They could be carrying pain with them along their journey and a word of encouragement or love from you could help them along their way.

The sad statistics is that worldwide 800,000 people commit suicide every year (WHO).

Let's be aware that there are people who are walking around struggling with life, not sure of their place in society. Let's also be there for them when and wherever we can.

People may not always share their burdens with you, but we should always try to remember it is about people and have an encouraging word on our lips.

Take notice of people and ask them about their hobbies and interests. Whether you have things in common or not, it's about showing them that you care.

A lot of old people don't need money, they just need someone to talk to. They want to be loved and know there is someone out there who is thinking about them and happy to spend time with them to break their loneliness.

Many people are living in tragedy and are at their lowest point. You can be the one that turns that around so that they can see the beauty again.

It's all about people.

The opinions expressed in this article are not necessarily those held by Cross Rhythms. Any expressed views were accurate at the time of publishing but may or may not reflect the views of the individuals concerned at a later date.
Paul Calvert
Manager
Cross Rhythms Israel & Palestinian Territories


View all Life Files by Paul Calvert
Sign up now to receive weekly Life Files, direct to your inbox.