Graham Kendrick: An Out Of The Ordinary, Psalm-Surfing Worshipper

GRAHAM KENDRICK was quizzed by Tony Cummings about his new album, surfing the Psalms and writing with other songwriters. 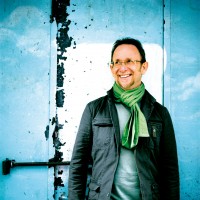 There is unlikely to be a single reader of Cross Rhythms articles who doesn't know the name Graham Kendrick. This towering father figure of contemporary worship has dominated the British church scene for more than three decades and his classic songs such as "Knowing You", "Shine Jesus Shine", "The Servant King", "Meekness And Majesty", "Such Love", "Jesus Put This Song Into Our Hearts", "Amazing Love" and a dozen more have become omnipresent in UK congregational life. Since his association with Fierce! the veteran has enjoyed a new lease of creative life and such albums as 'What Grace' and 'Do Something Beautiful', with a more modern pop rock approach than of old, have enjoyed critical success though without spawning any new congregational worship "hits". Now with his latest Fierce! album 'Out Of The Ordinary' Graham has teamed up with Julian Kindred (the producer of Delirious?' 'World Service') and even more intriguingly has co-written songs with several well known worship leaders including America's Paul Baloche, Delirious?' Stu Garrard and Onehundredhours' Tre Sheppard. I pitched Graham a batch of questions and here are his replies.

Tony: 'Out Of The Ordinary' is an interesting album title. How out of the routine were the recording sessions for you?

Graham: It was unusual to record with complete strangers, because having learned his trade in Nashville, the producer was keen to involve two of his Nashville buddies, Scott Williamson and James Gregory (drum and bass respectively) so they came over to record the basic rhythm tracks.

Another unusual aspect was that whereas many of my albums have been heavily congregational, with my role more as the worship leader, this was approached more like an artist album, in other words my voice was carrying every song, with background vocals used more like another instrument. As a result it was much more demanding, and Julian the producer worked me harder in the vocal booth than I can remember, which was a good discipline for me because as a habitual worship leader my focus is more on leading the people than my personal vocal performance.

Tony: What brought about the decision to write songs with other songwriters and what do you remember about the experiences?

Graham: Although I have co-written in the past, for example with Steve Thompson, I have mostly written alone. There has definitely been a tendency among UK Christian writers to do this, particularly compared with the USA and the pop music business, but in the past few years this begun to change, which I think is a good thing. There has to be creative chemistry and willingness to give up your own way of doing things to make room for someone else's ideas. It is to a great degree a matter of "chemistry", the way two or more creative people interact, and it has got to be enjoyable.

The idea of writing with Paul Baloche was spontaneous - he was in the UK for a songwriters gathering I help to organize and staying at my home for a few days, and he casually suggested we tried to write together. We began with a half finished idea of mine which I was stuck on, which after a couple of days and a fair amount of editing by email over the next few months, became two songs, "What Can I Do" and "Creation's King".

Graham: It was different because personalities are different, as well as styles, and Tre's style is further away from mine than Paul's, but that makes it fresh and different. In fact the song with Tre arose out of a meeting at the YWAM base where I was leading the crowd in some Psalm improvisation, and Tre and Onehundredhours were my "backing band". We spent quite some time in Psalm 34 and chatting afterwards discovered we both felt that there was something special about some of the lines we had been singing, and agreed to get together and see if there was a song brewing.

Tony: How did you meet up with Julian Kindred?

Graham: At the time I was looking for a producer I happened to be spending some time with Martin Smith and asked if he had had any recommendations. He had several but after working with Julian on Delirious?'s 'World Service' album felt that he might be particularly suited. I called him and we spent a day talking it through and playing through my "work in progress", and decided to take a risk on each other!

Tony: How involved do you get in the overall sound of the album? Do you ever say, "No, that arrangement is all wrong for the song. We'll have to start again," or something like that?

Graham: We discussed every song and referenced lots of recordings until we broadly agreed on the approach, then worked together on the structure of each song. Yes I do have a veto, but I engage a producer because I want their ideas, so I am keen for them to have lots of creative freedom. In my case I tend to be focused on the song itself, primarily lyrics and melody, and how it might work in congregational worship rather than arrangement and production ideas.

Tony: Your latest album touches on such themes as God's creation and the wonder of God's incarnation. Could you talk me through these and other themes touched on on your album and explain what inspired the particular songs?

Graham: "Creation's King" originated from listening to some theological study notes in audio form which a friend sends out occasionally. It opened my understanding about the unique role of the human race within the creation, being made both material and spiritual, the only creatures able to observe the beauty and wonder of the universe and give a conscious response back to God of thanks and worship. There was much more to it than that, and obviously a song has to condense sometimes complex things into a few lines, which is what I tried to do in the first verse, with the chorus referencing the great song of the book of Revelation where redeemed humanity join with one voice to celebrate as all things are finally restored to their original purpose of glorifying their Creator.

"What Can I Do" came from the same general area of thought, but with a more personal response, firstly to the beauty of the natural world, then to the wonder of God's love in sending Christ in human form for our salvation.

"Beautiful Mystery" started from a line in a book which tried to put humans in perspective in relation to God by comparing a mighty waterfall with one single droplet of moisture. I built on that idea and theme because it resonates with me in a culture that puts self in the centre of the universe, sometimes even in Christian worship. 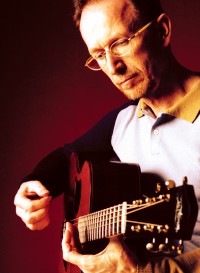 "The Way Is Open" is a deliberately Trinitarian song, because bIblically worship is to the Father, through the Son and by the Holy Spirit. I wanted a song which worshipfully reflected on this truth, which has become largely absent from our songs and therefore from our understanding. Songs are one of the main ways in which we learn theology these days, for better or for worse!

Of all the songs "Crucified Man" owes most in its style to my roots as a singer/songwriter, and is not intended as a congregational song. It's a kind of manifesto on the apparent foolishness of the cross in the eyes of a world obsessed with power and success. I can trace back the beginnings of the song to at least seven years ago, and a few failed versions. I picked it up again and at last it began to fall into place.

Tony: I'm fascinated by the concept of "Psalm surfing". Tell me a bit about that.

Graham: Psalm Surfing. This is how I describe it if I am offering it as a workshop option:
What is it?
Worshipping God with an "open agenda". Catching the waves as word and spirit combine in the improvised singing of Scripture - especially the Psalms. Seeking sacred space where creative adventures in prayer, praise and ministry can be inspired. Arts + voices together in Scripture-driven worship. Using the Psalms in this way can refresh personal devotions as well as small group and public settings. Not only that, singers, songwriters, instrumentalists, poets, painters and dancers can find themselves riding new waves of inspiration. No sunscreen required.

Thank you 4 the dialogue. I'm a "Kendrick's songs lover."