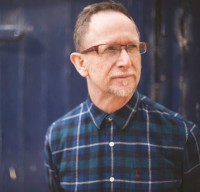 THE EAGERLY awaited album 'Keep The Banner Flying High' by Graham Kendrick, described as the "father of worship" and "one of the leading hymnwriters of our generation," will be released through Integrity Music on 18th May. The live album contains new-to-the-public songs as well as four songs released over the last few months as singles/videos.