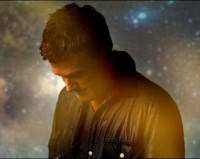 2018 is proving to be an extraordinarily productive year for Michael W Smith. His three decade career, which began back in 1983 when he emerged as the piano playing songwriter for Amy Grant before becoming America's bestselling male CCM artist and re-emerged in the 2000s as one of the key figures in the modern worship movement, has this year moved into creative overdrive. In the space of a few months, Michael has released a modern pop album about which CCM Magazine enthused, "While 'A Million Lights' sounds different at first glance, a release steeped in today's Top 40 playlists, it's undoubtedly the same 'Smitty'", while a live worship set 'Surrounded' brought forth JesusFreakHideout's comments, "It comes highly recommended, with original songs 'Your House' and 'Light To You' serving as the must-hear songs of the bunch."

Now the multi-platinum, three-time Grammy Award-winning artist, best-selling author and occasional film actor shows that the creative energies of this 60-year-old Renaissance man are showing no signs of flagging. He has now launched Nurturing Steps, a new infant and toddler series with a simple mission to "provide parents and grandparents with music and books to enliven a young child's journey with hope and faith through song and storytelling."

The first Nurturing Steps album, 'Lullaby', and book, Nighty Night And Good Night, will be launched on 4th May and 8th May respectively through The Fuel Music and Zonderkidz. These projects mark Michael's first-ever children's album and book, each being crafted in collaboration with renowned VeggieTales co-creator Mike Nawrocki.

Talking about his unexpected move into children's ministry, Michael said, "One of the greatest joys of my life is being a parent and a grandparent. I want to serve the next generation well. That's why I created Nurturing Steps, to provide stories and songs that will help shape the faith of our newest generation." 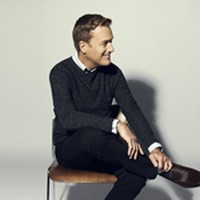 For the 'Lullaby' album, Michael has re-imagined his worldwide hits "Agnus Dei" and "Friends", as well as writing new ballads "No More Crying" and "Sleep Tight" to put together what is described as "an audio bedtime drama for young children with the Nighty Night characters". These characters, Bear on guitar, Lamby on keys and Sleepy Puppy on upright bass, are members of the Nighty Night Band. In the story, they are called upon to help their friend, Ben, as he tries to fall asleep. After bedtime prayers and some going-to-sleep rituals are done, a lullaby finally does the trick.

Said Michael's collaborator Nawrocki, "I have wonderful memories of reading, singing and praying with my children before bed. It can be a sacred time with our little ones, and I'm thrilled to be able to partner with Michael to create stories that parents and grandparents can use to help pass important values on to their children and grandchildren." Michael added, "I hope they see these books and this music as a gift to them, to remember that they are loved as they fall asleep every night." There will be more Nurturing Steps to follow and more titles will be released in the autumn.