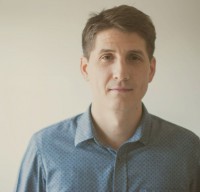 In March, Virginia-based worship leader and songwriter Paul Zach released his debut solo EP, 'God Is The Friend Of Silence'. Recorded at Mason Jar Studio in Brooklyn, New York, and with the sublime Liz Vice providing some thrilling BVs, it is an exceptional effort. The Cross Rhythms reviewer said, "This project is recommended to those wanting gentle music to connect with God, rather than the bombast of much modern worship." Paul is no newcomer to the music scene. He was a member of the successful CCM band Remedy Drive and, in 2017, was one of the contributors, along with David Gungor, Audrey Assad, Josh Garrels, Aaron Keys, Liz Vice and others, to the much-praised album 'Work Songs: The Porter's Gate Worship Project Vol 1'. I quizzed Paul about his music and life.

Tony: Can you give me a potted biog?

Paul: I grew up in a big and loud family in Omaha, Nebraska. My dad was a pastor when I was growing up and music was always around in our house ever since I can remember. My parents actually hired one of my older brothers to give me and my little sister piano lessons when I was five. I hated it. I cried every lesson. Ha ha. That probably wasn't the best decision to have a 10 year old boy teach a five year old how to play piano. Anyway, I started playing the drums in junior high and then started playing guitar in high school and have loved it ever since.

Tony: What was your time with Remedy Drive like?

Paul: Remedy Drive was started by my three brothers and I. We toured full time for about eight years right after I got out of high school. We were a part of so many great tours. It was great seeing so much of the world and meeting so many interesting people. Co-writing and recording was another highlight for me. I always felt so grateful to be in the room with very smart and successful people who were willing to write a song with me. I learned so much from watching professional songwriters bringing out the best ideas from others. Another fun memory was the summer that we got booked to play a bunch of different theme parks around the country. We would play a show in the evening, but we would be free to go hit all the roller coasters during the day and there was someone from the theme park that would take us around in a golf cart and we could skip the long lines. That was the best. I also really enjoyed just being with my brothers on the road and making up stupid games to pass the time. We were all very competitive, so we could make a game out of anything.

Tony: The two Remedy Drive albums which made it to the Cross Rhythms playlist were 2008's 'Daylight Is Coming' and 2012's 'Resuscitate'. Were you in the band when they made these?

Paul: I recorded and toured for 'Daylight is Coming' and stopped touring around 2010.

Tony: Why did you leave Remedy Drive?

Paul: You can imagine four brothers in a band together. There was a lot of brotherly love but also a LOT of tension and arguments. It was really hard for me to stop touring but the road brought a lot of unhealthy tension into our relationships. It was so hard giving up on a dream that we had worked so hard on together, but our relationships are much more important than this idea of success that we chased after for so long.

Tony: During your time with Remedy Drive, were you also doing any worship leading or writing worship songs?

Paul: We would lead worship sometimes on Sunday mornings while on the road, but I really started enjoying worship music once I stopped touring. It's really different writing a song that is meant to be sung together rather than writing a rock song. 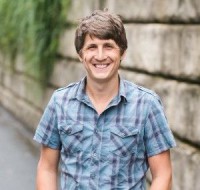 Tony: How did you connect up with the man behind The Porter's Gate Worship Project, Isaac Wardell?

Paul: I've been a fan of Bifrost Arts ever since I started leading worship seven years ago. I've told Isaac this before, but I don't think I'd be writing music for the church to sing if I hadn't heard Bifrost Arts. I moved to Charlottesville, Virginia five years ago and Isaac and I have become friends since he lives here too. It's been great learning from him over the last few years and he's been really kind in including me in so many of his projects. Watching Liz Vice harmonize or David Gungor work with the string quartet was so inspiring. I am just so glad that I was a part of the album because I learned so much from everybody there. The co-writing process was also a lot of fun. A few of us met in a cabin in Virginia for a couple of days to finish writing some songs before we all met in NYC. There's nothing like finishing a great song.

Tony: What church do you go to?