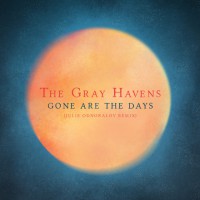 AFTER releasing new versions of previously recorded songs "Far Kingdom" and "Band Of Gold", Chicago-based husband and wife duo The Gray Havens are continuing the process with a re-recording of "Gone Are The Days", originally issued as part of their 2018 'She Waits' album. "Gone Are The Days (Julie Odnoralov Remix)" is issued by Artist Garden Entertainment.