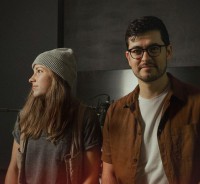 THE HUSBAND and wife duo The Gray Havens have released an album, 'Autumn Sessions', and a video from it, "See You Again", is out now. A viewer commented, "'Autumn Sessions' is basically about making already amazing songs even better. . . didn't know that was possible." The Gray Havens from Chicago have had 11 Cross Rhythms radio hits since they stared recording in 2013.