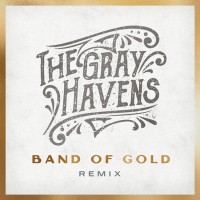 HUSBAND and wife duo The Gray Havens, otherwise known as David and Licia Radford, have released a remix of their top streaming wedding song "Band Of Gold". The song is closing in on two million streams making it the Gray Havens' most streamed song. Said Artist Garden Entertainment's Keith Stancil, "We field numerous requests for The Gray Havens to perform at weddings and for use of their music in wedding videos. With 'Band Of Gold' being used at so many weddings, we thought a danceable mix was a must."