Song from The Gray Havens' 2015 album reimagined for single 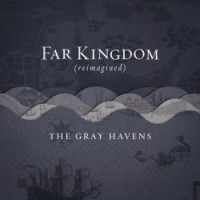 THE ROOTS pop duo from Chicago, The Gray Havens, who have recorded such Cross Rhythms radio hits as "Diamonds And Gold" and "Shadows Of The Dawn", have released the single "Far Kingdom (reimagined)". The song was originally released on The Gray Havens' 2015 album, 'Fire & Stone'. Read a press release, "Feeling like the song had not reached its full potential, the Havens' David Radford began to dream and reimagine 'Far Kingdom'. A collaboration with producer Ben Shive moved the song from its original acoustic feel to the epic production that listeners have experienced with the last two album releases from The Gray Havens."