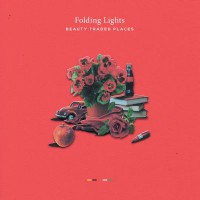 BELFAST-based singer/songwriter Foldinglights, aka Michael Peter Ball, having released the critically acclaimed 'Exiles' EP, is now issuing on 1st March a single "Beauty Traded Places" through 7Core Music. The track is taken from his debut full-length album, 'Subterranean Hum', to be released later this year. Read a press release, "Set on a bed of electronic sounds, blended with electric guitars, 'Beauty Traded Places' journeys from dark verses of fear, to uplifting choruses and a soaring refrain. As usual, Michael's voice holds everything together drawing the listener in with honesty and conviction."