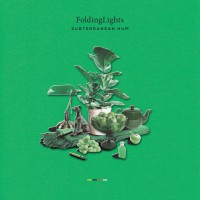 BELFAST-based singer/songwriter FoldingLights will release his debut full-length album on 19th July. 'Subterranean Hum' is issued by Britain's 7Core Music. Read a press release, "Drawing influences from artists like Jon Foreman, Foy Vance and Glen Hansard, 'Subterranean Hum' fuses both electronic and acoustic instruments to create a diverse and unique landscape perfectly held together by Michael's vulnerable heart-wide-open lyrics, which he delivers here with passion and conviction throughout." Said the songsmith himself, "This album was created as a complete story. It's a snapshot of my faith from a child to now. This is as honest as I've ever been. I see 'Subterranean Hum' as the natural next step from my EP 'Exiles'. Exiles driven underground. Exiles waiting. Exiles with a voice not yet silenced."