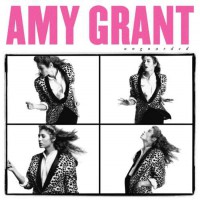 THE MILLION-selling album 'Unguarded' by CCM star Amy Grant has been re-issued. The album contains such hits as "Everywhere I Go" and "Wise Up" and was originally issued in 1985. The new 35th Anniversary double vinyl version also contains some live recordings of some of the songs.