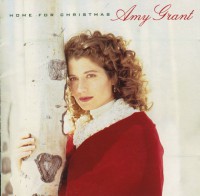 MULTI-PLATINUM and six times Grammy winner Amy Grant is to release three of her most popular Christmas album projects in a vinyl collection on 11th October. 'Home For Christmas' (which is to be released on vinyl for the first time ever), 'A Christmas Album' and 'A Christmas To Remember' will all feature in the collection, along with a bonus 7" vinyl including two rare tracks - a cover of "Merry Christmas Darling" and "Let The Season Take Wing" - that is only available in the set along with a facsimile of handwritten lyrics of "Breath Of Heaven (Mary's Song.)"