"Meet Me In The Chaos" by Speak, Brother released on 16th November 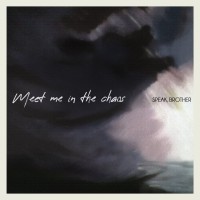 THE ENDEAVOUR to include their fan base in the creation of a new song and recording bears fruit on 16th November with the release of the single "Meet Me In The Chaos" by Coventry-based band Speak, Brother. Read a press release, "A couple months ago we put the call out inviting anyone to share what Chaos means to them. The following week we had a three-day stint in a cabin booked to write and record a new song and all we had was the song title Meet Me In The Chaos. You truly met with us in that and we had pages and pages of honest, open, gritty stories, poems, imagery, artwork, photos. It was heavy and real. But it was beautiful witnessing the courageous vulnerability in the sharing of people's darkest times." Speak, Brother will be playing gigs in Birmingham on 18th November; London (19th); Bristol (23rd); and Salford (25th).