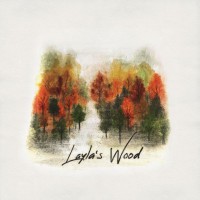 COVENTRY-based pop, rock and folk band Speak, Brother have released another single, "Layla's Wood", in what they're calling the Chaos Trilogy. Said James Herring, "On the edge of the Dartmoor wilderness last spring, we saw a small young wood of oak trees. We were told by the land owner it was planted by his son on the day of his granddaughter's birth and called it Layla's Wood. Taken by the idea, we thought what it would be like if one day when his granddaughter Layla is in the midst of her own chaos and crisis, she returned to her wood. At that time I was expecting my own first born child and since then life has been rather chaotic and full of change and uncertainty so I'm sure my own personal story is weaved into this too."