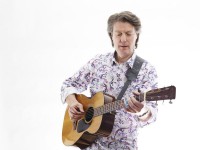 BRITAIN'S blues and rock stalwart Bryn Haworth has released a single, "Enough Is Enough". It was written initially in protest of the destruction of the Epsom woodland and wildlife. Said Haworth, "My hope and prayer is that it will effectively add to the call to guard the creation we've been entrusted with, and help turn the tide of land grabbing developments that are destroying so many of our communities."

A bit slow (again) catching up with this Bryn song. I know his connection but he has no way of knowing (I'm pretty sure) that my first 2 weeks as a student were spent in Epsom staying with my Uncle Bob and Auntie Joan. (Mouland). A particular pleasure was listening to cousin Anne's copy of Magical Mystery Tour! I became a Walrus.