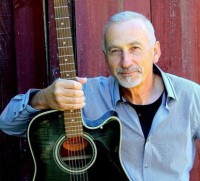 NEW ZEALAND-based globe-trotting singer/songwriter Jules Riding will be recording a new album, 'Rivers', in January. The album features songs veteran Riding has penned over the last four years, including a setting of Psalm 30, "Joy Comes In The Morning", and a song based on a poem by Belgian poet Hannah C Fairchild, "Sebby's Song".