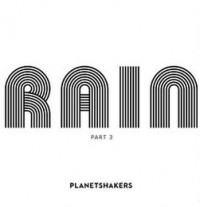 AUSTRALIA'S Planetshakers, who over the years have had 34 songs on the Cross Rhythms playlist, released a new EP, 'Rain Part 3', on digital and streaming outlets on 9th August. The four songs were recorded during the annual Planetshakers conference at Melbourne Arena. All the new songs were produced, written or co-written and mixed by Planetshakers' Joth Hunt during a season in which he was battling cancer.