Dealing With The Phenomenon Of Martyrdom

In his new book 'The 21 - a Journey into the Land of Coptic Martyrs', German novelist, Martin Mosebach recounts his travels to Egypt to meet the families of the 21 murdered men to better understand the faith and culture that shaped their lives. 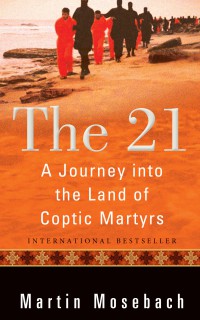 Jonathan: For those who may not remember this happening, could you refresh our memories of the context in which this happened and why it happened and the impact of the ISIS video?

Martin: This massacre in February 2015 was a kind of answer to the killing of Osama Bin Laden. These migrant workers in Libya were held for 43 days before they were killed and had to wear orange overalls to make it clear that this is a kind of retribution. They were beheaded in the name of 'the merciful God; this is how the spokesman of the murderers expressed himself. Their blood flowed into the blue sea and made it red. This was shown in a kind of perverted work of art; the video is like a video installation, aesthetically calculated, a particularly rare thing to show this act of revenge.

Jonathan: What was the impact of the video when it was put on line?

Martin: There were various responses. In Western countries, of course, people found it horrible and brutal. But the response in Egypt was very different. The Coptic Church was almost grateful for the video the murderers had made; it showed the steadfastness, the strength, the tranquility and the perfect composure of those who were killed. And when they were beheaded their last cry was 'Our Lord Jesus'. You would have heard it on the YouTube video however this has since been removed. You can't see the main atrocity of the beheading today but you could at the time. This video is popular in Egypt in Coptic circles; it is an important testimony of the martyrdom of the 21 men.

Jonathan: Why did you go to Egypt to write this book? What motivated you? 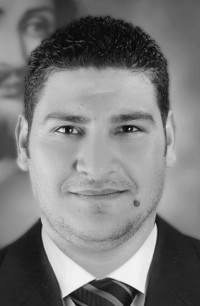 Martin: All my life I've been very interested in the Orthodox world, particularly in the Coptic world. It is a very old church and it has a very special history. Because of the Islamic conquest, this church has been isolated from Western churches and is therefore in the authentic, original state of the church in the first centuries. Without the need for archaeological digs, you can actually see what early Christianity looked like. I thought it would be important to see how this church is dealing with the phenomenon of martyrdom. In fact they consider it as something very positive and important for the church. They were very proud to have the martyrs. The Coptic Church calls itself the 'church of the martyrs'; that has been their defining characteristic since the days of Diocletian. This church has always been persecuted or suppressed; they never experienced a Constantine age. The church has never been free as it has been in Western countries, let alone ruling; it never had political power. Martyrdom is a common thread running through their history, it is part of their character. Martyrdom has always been intrinsic to Christianity but in the Western world the churches have forgotten that. But in Egypt, in the Coptic Church it is still very fresh and alive.

Jonathan: You've explained very clearly the value the Coptic Church places on martyrdom. What has been the effect of the martyrdom of these 21 Coptic Christians? Has it made a difference in any way? 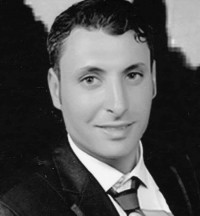 Martin: No, no difference. This is also amazing. They see it as one event in a long line of martyrdom from the time of the Roman Empire. They are not worried very much about modern phenomena like Islamism and specific political events, which create pogroms and persecution in Egypt and the Near East. They have this amazing ability to ignore history and see it as one event in a long line. The history of the Coptic Church has always been one of suppression and persecution and this was one more example. Of course, the testimony of the video was even more encouraging, seeing how these people were sorely tried. I never heard a word of lamentation or mourning. People said this martyrdom makes us happy. These martyrs are crowned with royal crowns in Heaven and they are deified. They are like second Christs. A totally different point of view to what you would find in the Western world.

Jonathan: You also met the families of the men. Was that their response as well?

Martin: All of them, the mothers, the young widows, were so proud. Mothers told me we never prayed for his release; we only prayed for him to stand firm and he did so we have a king in heaven. And what is also important, none of the families talked about revenge or even justice, or persecution of the murderers. They weren't bothered about the perpetrators. They weren't interested in who did it or what the reason was. It was a huge temptation of a Christian life and the martyrs had overcome the temptation so they were great men.

Jonathan: How did it affect you personally? Have you been impacted by making this journey, meeting these families and writing this book? 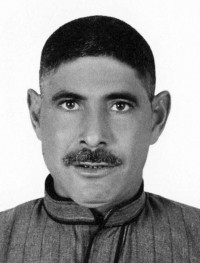 Martin: Yes, I got a new perspective on Christianity. I saw what Christianity was like in the beginnings of the early church. It was fresh. They were exactly how they would have been during the times of persecution under the Roman emperors. When one community had a new martyr they would send letters of triumph to the other communities: we have a new martyr, a new victor who has been a witness for the truth and is crowned with laurel leaves. It 's a mentality that we think is from a bygone age but here, today you can find out just how the early Christians believed.

Martin: We can learn something very important from the Coptic Church. The Coptic Church is a minority under an Islamic majority. For a long time, over a thousand years, the Western church has been in the majority. But now we can imagine what it will be like when Christians are in the minority in Western society. Not only could we be in the minority but we can imagine that the majority could one day become hostile towards the Christian minority. Then you can see what a church needs to do to hold out in a situation like that. For our modern situation I think the Coptic Church can be a very good model.