Jonathan: I'm really thrilled that you've got a new book out. In the introduction you say, "Life doesn't always go according to plan. Hopes and dreams shatter, we make decisions that are less than perfect and we begin to lose our sense of identity. Life can also take one too many unsuspected turns that have you feeling lost and unsure of your future." A lot of people can probably relate to something like that. Your life has been like that, to the point that you came to the realisation, I don't know who I am. What was going on in your life that caused you to feel that lost and to be unsure of your future? 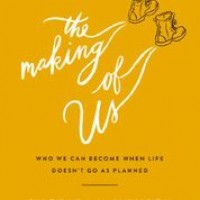 Sheridan: We faced ten years of trying to start a family, not being able to, trying everything possible. We ended up making the move over to the UK when my wife got a job at Oxford University, not a bad gig to get. It was a great move for Merryn. We sometimes joke coming to Oxford from Sydney was like leaving the wilderness and entering the Promised Land. It was not quite like that for me. It was more like leaving the wilderness and entering a brand new wilderness, because things were going well for me in Australia. I had a national radio show, I had good speaking opportunities, and I had book contracts. When I came to the UK I didn't have that. Publishers were turning me down. One publisher said come back to us when you're famous. Ok, I'll just make that happen next week!

So I had to ask myself big questions. I think there are two big questions that we all ask as human beings: who am I and what am I here for? Identity and purpose. I kind of thought once you'd answered them once, you could pretty much roll out for the rest of your life on those answers. That wasn't to be the case at all. In fact very few people who are 40 years of age or more are probably doing what they dreamed of doing in their twenties. Plans change. Sometimes it's for our benefit; sometimes it's against us. Who can we become in the midst of that? That's the question.

Jonathan: That question, I don't know who I am, was that just that one day this phrase went through your mind, or was it more of a moment in your life?

Sheridan: I think it's more the latter. When I came here and started to put some feelers out, doors did open but the big ones didn't, and nothing to the degree of which I had in Australia. I thought I was going to keep on the same path; I had this radio show and I'd keep on doing the same kind of things. I wasn't to know that actually a bigger plan was in store and that God was moving me into a very different space of helping people in an entirely different way. That was the result but I didn't know that then. So many of us build our lives and our identities on our careers. So yes, who am I? You introduced me, rightly so, as a writer, speaker, broadcaster. That's what I do. But who am I when I'm not employed any more in those things? What happens if publishers say no to me from this moment on? Am I still a writer? What if I never host a radio show, am I still a broadcaster? What if I never speak again? What if I lose my voice?

Jonathan: So this book is very much you following a path that began to answer some of those questions. I understand it is also connected to you actually going on a physical pilgrimage. What was that? Where did you go and why? And tell us a about this guy St. Cuthbert, who was behind it.

Sheridan: Ah, Cuthbert! You're going to love him when you get to know him. There's a guy at Durham University who wanted to explore a pilgrimage path between Holy Island, Lindisfarne, and Durham which is traditionally so well connected with Cuthbert, Aidan, Hilda, Bede - these great Christian heroes back in the 7th and 8th centuries.

They really were responsible ultimately for Britain being a Christian country. They were the ones who, with the fire of God in them, somehow used to really allow the Christian message to penetrate the soul and the heart of the Brit. I got in touch and we did this pilgrimage; 116 miles over 8 days. It's not a big pilgrimage in pilgrimage terms but I hadn't done one before. So we were walking several miles a day leading up to it in preparation. It wasn't enough; we had really bad blisters and it was quite an ordeal in the end. But we did this pilgrimage.

As you said, it was a physical journey that was reflecting an emotional and spiritual journey. So yes, you go on a physical path and you're looking at things and experiencing things. I went with my friend DJ and we were having conversations, which are all in the book, exploring where we've been, where we're going and all of that was feeding into the inner journey that I was going through. 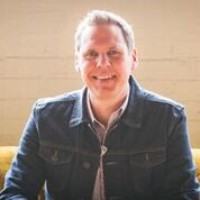 Sheridan: The first day of our pilgrimage, we leave Lindisfarne, we walk the causeway, we get onto the mainland, start moving into the hills but the rain and wind is against us. We're right in the midst of all these elements but I'm feeling alive. I really needed to go on something physical. I'd just finished the previous book, called Resurrection Year and I needed to get out. So we're moving and there's something in this moving that is stirring something in me and it takes me back to a moment in my twenties when I had been praying for guidance for my life.

I became a Christian at the age of 19. I was in nightclubs at the time; I thought I'd be a nightclub DJ. Anyway, God stepped in and that went upside down. I didn't know what was to replace it so I prayed for two years, to know what to do with my life. I didn't have any guidance. At the end of two years I still had no idea. I came across that verse, Jesus says it in the Sermon on the Mount in Matthew chapter 5. It says those who seek will find and those who knock on the door, the door will be opened and I realised then that I hadn't been seeking, as such. I hadn't been knocking on the door. I'd been praying but I hadn't been moving. It was a real wake-up call back in my twenties and particularly then, when I did this pilgrimage that I'd been asking but I hadn't been moving. I hadn't been knocking on doors doing something physical; I hadn't been ringing or writing letters, doing those things that open those doors.

It's a good reminder for me and particularly for the readers of the previous book, Resurrection Year. I wanted to put into this book, "Don't stagnate! Don't stop! Don't just sit in your room! Don't just pray! God wants you to move. Move and then he will open doors as you knock."