Local leader and minister, Will Porter, who runs the Beacon House of Prayer has written a book all about the end times and the question are we living in the end times. 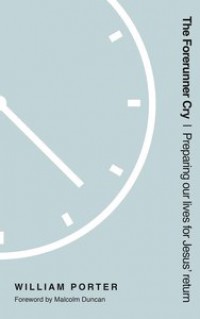 Jon: There may be people who have not heard of the House of Prayer. What is it? Where is it? What do you do there?

Will: The Beacon House of Prayer is at the top end of Tunstall, by the Sandyford roundabout. We've been there 11 years. We are a prayer resource centre, so we have a place of prayer and worship. We open the place up for counselling, Christians and non-Christians, who want to find a quiet place and be with God.

Jon: Over the years you've made a focus of praying for the city in lots of different ways.

Will: Yes, we have. We have prayer walked some parts of the city, we have the Sentinel newspaper headlines cut out all around the room and we pray about local issues, hoping, praying, believing and working alongside the rest of the church in the city for transformation in this city.

Jon: And if somebody thought, gosh, I could do with some prayer could they just drop in?

Will: Yes, we're open for people to just come and ask for prayer. That's fine.

Jon: Fantastic. You're a leader at Beacon House of Prayer but in recent years you started to write this book. I think it's taken you about 4 years and it's called The Forerunner Cry. I'll ask you a bit later why it's called that. But the content is, well they make Hollywood movies about it, don't they? Nicolas Cage did one about the last days, can't remember what it was called. But the end times is a topic that fascinates people, Armageddon, the 2012 prophecies.

We're all fascinated by the sense of those things. But I suppose the question is, is there a reality to that or is it all kind of fantasy. From a Christian perspective it's not seen as fantasy, is it? There's a specific narrative that many Christians would hold to and believe because it's written in the New Testament. Let me ask you first of all, just to unpack this a little bit. What do Christians believe about the return of Jesus? 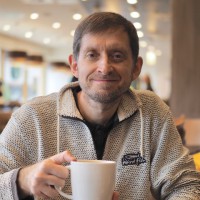 Will: Christians universally believe there's a beginning, a middle and an end of this world. The beginning is God created the world; the middle story is God saving the world though Jesus Christ, through his first coming and dying on the cross that we celebrate at Easter. But Christians also believe that as Jesus rose again, he promised his followers that one day, far in the future, he would return visibly to planet Earth.

It's called the Second Coming, the return of the Lord and it's said every Sunday by many Christians in the Creed: we believe that Jesus will come again in glory to judge the living and the dead and his kingdom will know no end. So it's actually traditional Christian belief. But it often gets buried under a lot of thinking, well, the world is always going to go on like this; nothing is ever going to change.

But most people's fascination is with the future. You ask people about the future, you ask them what films they love watching.There are ten series on Netflix right now all about the coming apocalypse and trouble in the world to come.

Jon: It's in all of our hearts really, isn't it? I guess that's part of how we were made and created, to look and long for those things. I suppose the question is, are we going to the right sources for our answers to those questions? I would say as you've written this book it would be very helpful for people to answer some of those questions. Let's look at some of the topics in this book.

Will: The world is in a very uncertain time right now. There are many troubling things in the world around is the world sustainable? Is our population sustainable? Is the environment sustainable? Are our finances sustainable? People are very uncertain about what will happen if a number of things come together. Could it mean the end of the world? The reason the Hollywood movies are interesting is because there's always an apocalypse on the horizon but some hero comes in to avert the crisis.