Learning To Accept Yourself

Heather Bellamy spoke with author Lincee Ray about overcoming shame to be free to be who we are, and how she recovered after her husband's affair. 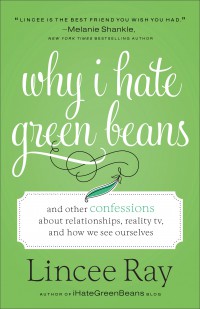 Here we are several years later, and I'm not gonna say it was the best thing that happened to me, because it wasn't, but it did allow me to see the world through a different lens. It did allow me to think, well just because I'm a good Christian, I check that box, does not mean my life is gonna be happy ever after, because it was anything but. That is living in a sinful world.

So what do you do with that information, how do you move forward? You can either go off the deep end like I know a lot of people do, and it's so hard, you can just give up and say, "Well, God didn't give me what I deserved." Well nobody ever said that you deserved that. That's what I learned the most. In Psalm 23 David is talking about walking through the valley of the shadow of death. You don't go around the valley of the shadow of death, you don't go up and over and look and stare at it, you go through it. Nobody ever promised that life on this earth would be easy, but they did promise that it would be worth it. The Lord is with me through that entire time, He is hurting for me. He is crying tears with me, and I have to remember that this is part of life. Did I want it to happen? No. Did I expect it to happen? Absolutely not. But what am I going to do as a result?

Heather: You mentioned such a strong word, that he said "I don't choose you." That's a deep thing. We all need to know we are chosen. How have you recovered from that in terms of knowing your own value and worth?

Lincee: That is a great question too. I'm gonna be honest. I'm always honest and say there are days I wonder about him. I wonder if my ex-husband thinks, that was the greatest mistake I made in my entire life and I should have stayed. That doesn't help me any. That doesn't help me get through the divorce and aftermath. So what I try to do is exactly what you said Heather. I am chosen, I am a child of God, and that is all that matters. You have to end the sentence there. You can't say, "But what if, or I wish I could, or how about this happening, or how about this scenario?" We have to end the sentence with, "I'm chosen, I'm a child of God, and I am enough because Jesus died on the cross for all of our sins." We don't deserve anything. You know, the wages of sin is death, so I should be dead right now, but Jesus put Himself in my place, and that is something that we just have to hold on to. That is what I mean when I say, "Fix your eyes on Jesus." You are enough. You will know answers one day. You are going to be in a better place where none of this actually matters, and you can learn lessons, and you can learn to extend grace.

The one thing that has been the most eye-opening for me that I didn't expect, was how, including through this book, how I am able to minister to other people. How I am able to say, "You know what, I have been exactly where you've been, and here's how I got through it." Was I mad at one time? Yes. Was I angry at God? Yes. Did I have a lot of dark days? Yes, I had a lot of dark years. Did I have to learn how to transition to being just myself and not me and my husband? Yes. Was this a process? Yes. I luckily had myself surrounded by women who spoke truth into me and I think that was very important too. Did I want them to? No. Did I run from them? Absolutely yes, but they pursued me. They knew she's not in a position now to hear truth, she's not going to get it on her own, and she's not going to wake up happy and open her Bible and see what God has to tell her today, so they are speaking truth into me, because I was a little bit of a zombie. I was walking through life and they were able to speak into me. That is what I think has been the most helpful, is that I am able to minister to other people and I can say, "Are you feeling this? Are you feeling that? Well I did too, here is how I got through it." That was my goal for the entire book, to let everybody know that you are not alone, first of all, and second of all your story means something; your story is going to mean something to somebody and if it is just one somebody then that is worth it.

Heather: What do green beans have to do with anything?

Lincee: I believe that green beans were kind of the spark to my insecurity, because my mother made me eat them when I was younger to lose weight. I was not in any sense of the word overweight, but in my dance programme in drill team back here in Texas, we had to be weighed before we could perform, and if you were over your weight you wouldn't be able to perform. So my mom was convinced that green beans had magical enzymes in them that help you lose weight. To this day she still believes it, green beans and beets, and so I just grew up loathing green beans. I can't stand them; half of it is psychological and the other half is they are just gross. Everybody comes up to me and says, "Well you need to have my grandmother's barbeque green bean recipe and you will love it." I've tried them all because I am a nice person, but I hate them all and they smell like feet to me. I think they're disgusting, so I just built an entire world around hating green beans.

Heather: Before we finish, I just want to ask you one other thing, because people will be able to tell from this interview that you are an honest person. You are willing to share a lot of your life and you are really free to do that, and your book is even more so because it's an entire book. You share things like you have in the interview, or in your book, and they are things that other people might feel shame over and things that they hide, and don't want people to know and they don't feel any freedom. Where does your confidence and freedom come from, that others who may be feeling shame over those same things, whether it be their weight and things they have done to lose weight, or how they feel about their body, or personal issues like affairs; where does that come from, how can people find what you have got?

Lincee: That is wonderful. First of all it's admitting it to yourself that it is time to share. I also think that you can't think that there is not another person in your world that isn't going through the exact same thing. Unfortunately we live in a day and age with social media where we flash the highest points of our lives on Instagram or Twitter or Facebook; we put the best shots of the day, or the most exciting news of the day and people translate that as, "Well her life is perfect." Well it is perfect in that one picture, but you had to take 97 pictures to get that one picture, and also you just filtered it and edited it and used Photoshop a little bit and it looks a lot better than reality. Subconsciously we believe no-one is like me, no-one is going through this and that is just a lie from the enemy.

The first time that I was honest with just one person (and it was my good friend Jill) and I said, "Hey this is something I struggle with and I need you to know it. I struggle with it so much that half the time I don't even know I am putting my own self down, can you please point it out to me?" and she said, "Yes, absolutely." Heather I am telling you, maybe the next conversation I said something weird about how I don't like my thumbs, I know that is so strange but I said, "My thumbs are so fat and I can't go bowling because I can't fit my thumb in the thumb hole" and she said, "You are putting yourself down." I went, "What?" and she said, "You are putting yourself down, there is nothing wrong with your thumbs" and I thought that's weird. A couple of days later we were on the phone and I said something else and she said, "You are putting yourself down" and it occurred to me, I am beating myself up and half the time I don't even realise it. So I entrusted Jill with this super shameful thing in my life and she was able to walk alongside me and say, "No, that is incorrect" and help me realise that I'm not the worst, I am a great person and I think that it's fine for me to let people know that.

That's why I put everything down in the book. I've received the sweetest compliments like, "You are so real," "I can relate to you." That is probably the sweetest thing anybody could say. Also the email responses I get from fans or readers saying, "Hey I went through the exact same thing and I never thought that this could be a solution, thank you for saying that." It's what I said just a few seconds ago, your story, no matter how broken you may seem to think it is, somebody else is going through that and you can transform them, you can help them through this, you can be an advocate for whatever it is that brokenness represents. That is why it is so important for us to share with people that we trust and it is so important for us to be honest and open, where others can say, "Alright, I'm not in this by myself, I'm not all alone." That can be life-breathing for some people and I think it's important and I think we should all do it.

Heather: So how can people get a hold of your book and read your blogs?