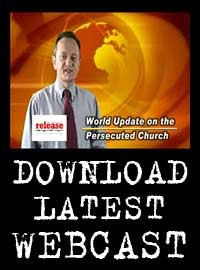 ETHIOPIA: Christians speak out about attacks by Muslim militants

BURMA: Church leaders talk about the pressures facing the Burmese church - including forced conversion to Buddhism.

The next webcast will be available at the beginning of April.