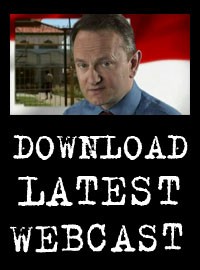 Indonesia: Three Indonesian Sunday school teachers have been released from jail after serving nearly two years for allowing Muslim children to attend their Sunday School - even though their parents had given their permission.

North Korea: A new report accuses North Korea of committing genocide against Christians. Two North Korean defectors, including a former prison guard, have been telling of the brutal treatment meted out to Christians and political prisoners.

The next webcast will be available at the beginning of August.