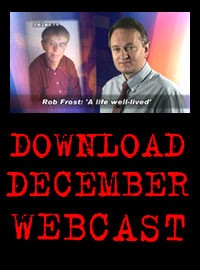 Indonesia: A court has ruled that it is blasphemous to pray that Muslim leaders would become Christians. Forty-one Christian leaders have been sentenced to five years.

North Korea: A group of nine young Christians have disappeared in the capital Pyongyang.

The next webcast will be available at the beginning of January.