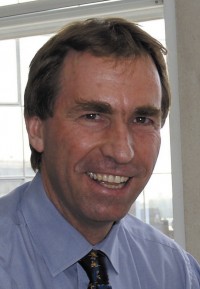 Earlier this year the Falconer Report recommended legalising assisted suicide. With the credibility of the Falconer 'Commission' process being widely called into question and a ComRes poll published in January by social policy charity CARE showing that nearly half the population is concerned that if the option of ending one's life was made legal, some people would feel pressured into killing themselves, Sarah J decided to speak with Dr Peter Saunders, Campaign Director for Care Not Killing to find out his thoughts on the report, Commission and why the issue of assisted suicide doesn't seem to go away.

Peter: Care Not Killing is an alliance set up in 2006 in order to combat the Lord Joffe bill, which was attempting to legalise assisted suicide. We're an alliance of over 40 organisations and several thousand individuals. They include pro-life groups; faith groups, not just Christian; professional groups like the Association of Palliative Medicine and also health care providers and disability rights groups. We come from all faith backgrounds and none, but we're united on the key issues that we campaign on. We were set up to promote good care, particularly palliative care at the end of life; to oppose any change in the law to allow assisted suicide or euthanasia and to influence public opinion on those issues. We provide input to government and media on the issues of interest to us. We've been very active on the Falconer Commission with over 40 media interviews.

Sarah J: This report that comes from the Falconer Commission has been quite controversial in terms of what it's promoting and also how it came about in the first place. What are some of the main points on the report?

Peter: The commission was set up in November 2010 and we need to be very clear about its status. It was a private Commission that was commissioned and sponsored by Dignity in Dying; that's the former Voluntary Euthanasia Society. It was paid for and financed by Sir Terry Pratchett one of their patrons and another businessman called Bernard Lewis and it was led by Lord Falconer who is a former Lord Chancellor and has been a long term campaigner on assisted suicide issues. In fact he tried to change the law through the Coroners and Justice Bill back in 2009.

The Commission consisted of 11 people; nine of these already had a prior commitment to legalising assisted suicide. It was a little bit like our asking Phillip Morris and British American Tobacco to advise on smoking legislation. Because of the concerns about bias and lack of transparency, 45 individuals and over 40 organisations were actually invited to give evidence and refused to do so. That included high profile groups like the British Medical Association, the Royal College of Physicians and the National Council of Palliative Care.

The whole thing has been very controversial from the start. When it comes to their recommendations we've predicted all along that they would come out with recommendations that pretty much matched the campaign objectives of Dignity in Dying and that was absolutely bang on. They reported that they recommended changes in the law to allow assisted suicide for adults with a terminal illness, with 12 months or less to live and they proposed a set of safeguards. This is entirely in line with Dignity in Dying campaign objectives. The safeguards presented are really just the same set of safeguards that have been looked at three times in British parliament over the last three years and rejected. There was the Joffe bill and the Lord Falconer amendment in 2009. Then in the Scottish parliament, the Margaret McDonald bill a year ago.

Government and the medical profession don't have the stomach for a legal change at the moment. In fact the whole bill set up that they were proposing was very similar to what we have now for the abortion act, where someone would go and get two doctors signatures and then providing a number of other criteria were fulfilled they would go ahead and have assisted suicide. Of course that rang all sorts of alarm bells because we know that the Abortion Act was brought in, in 1967 supposedly for very extreme cases; but with doctors in control not really being properly regulated we've seen now seven million abortions since 1967; 200,000 a year. The fear is the same sort of thing would happen with assisted suicide were it to be legalised in this country.

Sarah J: If someone's been told that they only have around 12 months to live, are there occasions when that isn't the case and someone actually gets better or lives beyond the 12 months?

Peter: That's a very good question. My background is in general surgery and I've dealt with a lot of dying patients. Any doctor who deals with dying patients will tell you that within a few days or hours of death, it's not too difficult to predict that death is just around the corner, but once you start getting up into the months, it becomes very difficult indeed.

We've seen the very famous physicist Stephen Hawking celebrate his 70th birthday. Stephen Hawking was diagnosed with motor neuron disease, a progressive neurological condition back in 1963 and given two to three years to live, and here he is 50 years later still going strong.

There are also high profile stories like that of El Magrahee the Lockerbie bomber and of course Ronnie Biggs, the train robber who were both let out of prison because they had supposedly a month or two to live and were still alive two or three years later.

No doctor can reliably predict the remaining life span much over a month or two really; certainly 12 months out it's hopeless. That was one of the big reservations we had, that you cannot reliably say people are terminally ill that far away from death.

Sarah J: Do some people also have a mis-diagnosis as well?

I just wonder that assisted suicide is only for patients for eldest patients? What if they are suffering in life with no sickness? Or just facing a new challenge of sickness? I had read a few articles on the web site about it basically. However, I think we all have a choice to choose to end our life or not.