MICHAEL W SMITH makes a challenging call to Christians young and old to move up to missionary level. 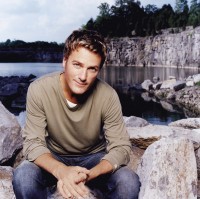 Swatting at a mosquito that somehow survived the blistering noonday sun, I stepped out of my canoe and found firm footing by a large banyan tree. I climbed the grassy riverbank and stood on a hill overlooking Zabala, a village in the interior of Ecuador. It was like a picture out of National Geographic, only I was there, taking in all the sights and sounds: crumbling cinder-block houses with pale thatched roofs and dirt floors; flea-infested dogs caked with mud from the previous night's rainstorm; the droning of the ever-present flies dive-bombing the remains of a wild pig that lay beside a rutted backwater road; sun-bleached shanties built over a foul-smelling garbage dump, overrun by rats as big as house cats.

But then there were the people - a total contrast to the poverty that surrounded them. With faces as radiant as their homes were bare, these brown-skinned people stole my heart with their laughter. At first, I wondered how they could be so happy when they owned so little. Their smiles confused me when I saw the squalor they lived in. By the time my mission trip was over, though, I realised they were happy for precisely that reason. They owned so little.

If you have seen the first Little House On The Prairie episode set at Christmastime, you will probably never forget how excited Laura Ingalls Wilder and her sister, Mary, got when Ma and Pa gave them each their very own tin drinking cup and a single candy cane. Both girls cried for joy when they reached deeper into their Christmas stockings and pulled out a shiny new penny. In the same way, the natives I grew to love as my own family, possessing almost nothing, were thrilled by a simple handshake, a hug, or a song.

I don't think I'm ever more outgoing than I am in Ecuador. I don't take much money with me, but I feel like I have a million dollars' worth of God's love, and everywhere I go, I get to hand it out to needy people. I experience a freedom there to open up that's hard to maintain here at home. In the States, we can be so suspicious of anyone who is happy and friendly just for friendship's sake. We usually suspect that somebody has a dark, ulterior motive for loving us. But the fresh-faced Ecuadorian children I meet in village after village are eager to be loved, so I hold nothing back.

On one of our last trips, I spent hours each day just hanging out with the Indian kids, making funny faces to get the little ones to giggle and singing songs to them, accompanied by an old village guitar. The presence of Christ was all around me. My intent was to bring his happiness to these people, and I couldn't give it out fast enough.

I noticed an interesting thing happening to my own faith as I touched people with his love. Instead of being depleted, it grew as I gave myself away. That same unique formula will work for you, just like Jesus-promised: "For if you give, you will get! Your gift will return to you in full and overflowing measure, pressed down, shaken together to make room for more, and running over. Whatever measure you use to give - large or small - will be used to measure what is given back to you. (Luke 6:38, TLB)

On my first trip to Ecuador several years ago, an adorable little Quechuan Indian girl named Xunena followed me everywhere I went. Melted by her perpetual smile, I found myself getting attached to her, so I turned to Devlin Donaldson of Compassion International and asked, "Is anyone sponsoring this little girl?" Dev went to the head man of the village who shook his head. I didn't have to think twice. "From now on," I said, "she's going to be one of my 'compassion kids'." And so began a spiritual love affair between me and the children of Ecuador.

I've never been in a place where people were so open to receiving God's love. I think there's a good reason why these Third World countries are responding to missionaries who tell them about Jesus. And it's not because they're "ignorant savages" as is sometimes portrayed. On the contrary, they are bright and often very wise. They hear God's voice when he calls because there's less noise in their lives to drown him out.

They're not caught up in all the stuff that clutters our schedules and pushes God away. Having little of material value, many of the poor find more important things to live for. Learning to cope with suffering from an early age4 they're more open to receiving help when it comes. Gavi's family taught me this truth in a remarkable way.

Little did I know when I was visiting Gavi, my other sponsored child, what God had planned for her grandmother, the matriarch of the clan. I'd learned that Gavi never knew who her father was and that her mother had deserted her at birth, leaving the helpless infant and her brother in the care of their grandmother. A wiry little woman with that trademark smile, Ester took it on herself to raise them on the handful of dollars she could earn in a year. I loved her for her courage and prayed for both Gavi and her regularly when I got back to the States.

The highlight of my return trip happened when I spotted them, along with Gavi's brother, Jorge, on a street of Guayaquil. They recognised me too, and we ran toward each other. The grandmother threw her arms around me and we were so happy we wept without shame. Later, while I held Gavi close, I listened to Jorge interpret his grandmother's passionate words. Never taking my eyes off Ester's glowing face, I heard a story, in Jorge's broken English, that brought the tears back to my eyes.

I was blown away. If I'd never returned to Ecuador I probably wouldn't have found out about Ester's salvation. I knew as I sat in their home, reading the verses that she had marked in her new Bible, that I had, at least for another five awe-inspiring days, found my "place in this world".

My trips to Ecuador always remind me that I am most alive when God is using me to make a difference in someone else's life. If the Church is going to change its image among non-Christians, it will happen when its members learn to lose themselves in sacrificial service to others. The times I get into trouble myself are when I focus too much on my own problems. God is looking for people who will look out for others. Why do you think Jesus spent three and a half years privately teaching his disciples? So that after his crucifixion they wouldn't fall away? So they could take over positions of power and prestige in the new Church? I don't think so. Jesus literally poured his life into theirs so they would go out and do the same.