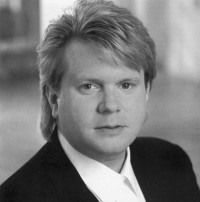 Mike: So you're a bit of a veteran now aren't you? What number album is this that you've recorded?

Steve: This is number 18 and that's including a couple of 'Best Of.' records. But the first one came out in 1977 and it's been a 25 year journey, coming up in just a little bit. So I thank the Lord for that. It's our first release on our new label called Audience One Music. It's our first attempt at trying to create an alternative to what is going on in the States. As you know, all the majors in Christian music have now been bought up by three major conglomerates, Jive Music EMI, Liberty Capital and AOL Time Warner acquired Word Records just a few months ago. There's a lot of us that are a bit concerned about this. The secular ownership of Christian entities is having a profound impact on what we're doing in CCM music.

Mike: How have things changed since the early days of your ministry?

Steve: The artists in the early days like Larry Norman and Randy Stonehill, Phil Keaggy, the late Keith Green, 2nd Chapter Of Acts were all driven to do what they do, not for entertainment purposes, not for charts or sales or commerciality, but just this absolute insatiable desire to serve the Lord. It wasn't about money. They had to pay their bills as we all do even today, but the primary concern was not themselves. In fact it wasn't about them, it was ALL about the Lord. Even in the pop culture, people were writing about the Jesus Movement that swept through America and around the world. We have to return back to that. The talk around Nashville isn't souls being won. The talk around Nashville isn't 'What can we do for the Gospel?' or 'What new avenues are being opened up for the message of Christ?'. The talk is simply what happens in pop music, a new release, a new tour, sales, other things. Again I think that from the late '70s until now, coming into a post-modern age, it's all about that, rather than why we're to be musician/priests for the Lord Jesus Christ, and about using our art, hopefully, to communicate the Gospel. That's what they did early on. Larry especially was a profound voice in leading that movement of musicians and we just hope that can return back again, to the entire industry, not just to a few people.

Mike: One of the things that I observe about you is that, I guess you've got a bit of a reputation now for being a bit of a lone voice, speaking out from a completely different direction to the mainstream of the industry. In some respects, you and Larry Norman have ended up in a very similar place. Kind of being shunned by a lot of the industry?

Steve: Yeah, I think that might be true. There is a loneliness sometimes to taking a stand isn't there? I don't know if the hills that I stood upon are worth dying upon, but they definitely have been worth climbing up on, and standing on. My dear late friend Keith Green, who's now been home with the Lord 20 years, was trying to call the industry, back in the late '70s/early '80s, to more purity and to more honour in what they were doing. Even to giving away the product for free. Eliminating money from the centrality of what we do for the Lord. I've been wondering these last several years, 'What would Keith be saying today? I guess I've kind of taken up that call a little bit. Hopefully not in a spiteful way, or in an unkind or unloving way, but definitely to say, 'Have we drifted from the standard of Christ in what we're doing in contemporary Christian music? Are we no longer accountable to the Church? Are we doing it all to his glory, or are we doing it simply for the benefit of ourselves? Are we parodying what we see in the pop music culture but not really being different in a way that transcends the culture?

Mike: Tell me more about the title song of the album, "Desiring God"?

Steve: It was inspired by John Piper and his book of the same title. It's a song that says just one thing, that God is most glorified in us, when we are most satisfied in him. This is the passion of our lives, to desire him in all things.