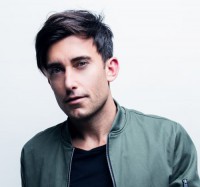 US LABEL Fair Trade Services have released the second Christmas album by worship leader and songwriter Phil Wickham. 'Christmas' features such evergreens as "Hark The Herald Angels Sing", "Joy To The World", "Angels We Have Heard On High" and "Away In A Manger" as well as the original song "Face Of God" which Wickham co-wrote with Shane Everett and Shane Bernard of the Shane & Shane duo; and the radio single "This Year For Christmas", a love song penned by Wickham for his wife.