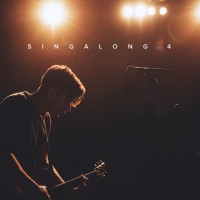 BESTSELLING worship leader Phil Wickham has unveiled his latest project, 'Singalong 4 (Live)'. It features special guests Matt Redman and Brian and Jenn Johnson of Bethel Music, and "captures a special evening of raw and honest worship that took place in Southern California with Phil Wickham and friends alongside a community of worshippers." Said Wickham, "The idea of these 'singalong' records started one night several years ago in Portland, Oregon. It was just me, my guitar, and a few thousand college students singing out songs of worship together. That night we pressed record and captured something truly special. It was simple, raw and honest. That recording became the first 'singalong' record. Ever since that first recording it has been a dream of mine for these 'singalong' projects to become something more than just records tied to my name."