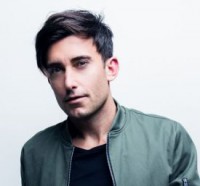 AMERICA'S best-selling worship leader Phil Wickham has released the album 'Living Hope: House Sessions', recorded live in an intimate setting and featuring the title track and "Till I Found You", both of which have impacted the world Church and garnered over 27 million combined streams. Said Wickham, "It was such a special day a few months back to come together with friends to worship and create these songs. We crowded together in a small room and recorded live, stripped-down versions of nine tracks off of 'Living Hope'. Many of the songs were written with my local church in mind and they have since become a regular part of our gatherings. With 'Living Hope: House Sessions' we wanted to capture the raw heart of why these songs were written. I'm excited to get to share them with everyone, and I hope and pray they are a blessing to whoever wants to listen."