Duo The Gray Havens release another single from forthcoming album 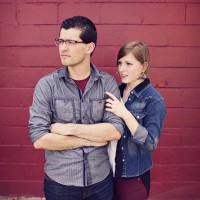 HUSBAND AND wife duo The Gray Havens have released the single "Forever". The project was produced by Ben Shive (Colony House, Ellie Holcomb) and is from The Gray Havens' forthcoming album, scheduled to be released by Artist Garden Entertainment later this year. Said the duo's David Radford, "I wrote 'Forever' as a celebration song for eternity which I fully expect to be incredible!" The group's "High Enough", also to be featured on the forthcoming album, has climbed to number 15 on the Billboard Christian CHR radio chart.