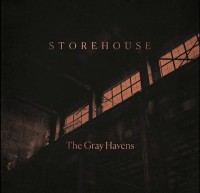 THE LATEST single "Storehouse" by husband and wife duo The Gray Havens has been released. The track was produced by Ben Shive (Colony House, Ellie Holcomb) and is from the duo's forthcoming album. Said The Gray Havens' David Radford, "'Storehouse' was a rarity in that a fully formed idea came all at once. Because sorrow for sin and the need for repentance is such a constant in my life, and in the life of any believer, it wasn't hard to know at the 30,000 foot level what I wanted to say, but for some reason it ended up tied with another song on the new album as the hardest to write lyrics to outside of the chorus. Ultimately, 'Storehouse' is about the Gospel and freedom found in forgiveness."