In The Air Tonight

The Choir returns with the release of a new single 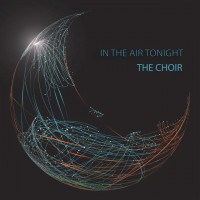 PIONEERING alternative rock band The Choir have released a single, a cover of Phil Collins' hit "In The Air Tonight." A press release announced, "The band re-imagines it with a haunting, ethereal and ambient version of the world-wide popular song. Lead singer Derri Daugherty provides a warm and subtle yet emotive vocal that floats over layers of inspired electric guitar work." Read a band statement, "We're really excited to tell you about all that we have been up to this summer and all the plans we've been making lately. New ideas on releasing our music, building a new studio in Brentwood, Tennessee, new partnerships in concert booking and other ventures. Steve, Derri and Dan. . . our friendship and brotherhood has never been stronger."