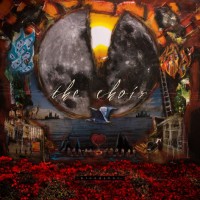 THE PIONEERING alternative rock band The Choir have returned to the release schedules with the album 'Bloodshot'. Said drummer and lyricist Steve Hindalong, "We launched this album alongside the re-issue of 1998's 'Wide Eyed Wonder'. That album was about the innocence of a new-born baby. Contrast that with 'Bloodshot', which is about us in our 50s. We're weathered and world-weary, and we're certainly not innocent. But we still see beauty in life through bloodshot eyes." Read a press release, "The 34-year marriage fans had glimpsed through the prism of Hindalong's lyrics has ended, and the writer appraises emotional damage both inflicted and sustained. 'Only Reasons', 'Birds, Bewildered' and 'House Of Blues' speak to the unraveling of a relationship that both partners expected to weather all storms. At the songs' root is a commitment to extend mercy to loved ones in turbulent times, and to rise from disappointment with grace and integrity."