In The Wake Of O 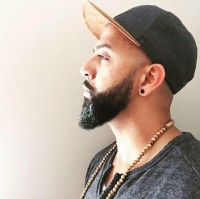 A BEVY of guests including Braille, Sareem Poems, Jahshua Smith, James Gardin and Propaganda are featured on the Illect Recordings album 'In The Wake Of O' by Ozay Moore. Read a press release, "As the album unfolds, Moore grapples with the decision to drop the Othello moniker, his faith, racial politics in the US and the impact of hip-hop on his life. The word 'wake' can mean many things, and 'In The Wake Of O' takes into account every single one. With an exceptional set of producers including Stro Elliot, Tall Black Guy, Ess Be, Freddie Joachim and Ohmega Watts, 'Wake. . .' is a seamless blend of boom bap crunch and soulful grooves."