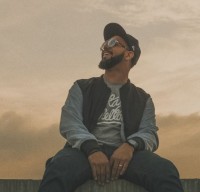 A NEW single by Ozay Moore, "Transparent See (ftg Ricky Valenz)", has been released. It was produced by Ess Be. Speaking about the theme of the song a press release read, "Sometimes it's hard to pinpoint the source of hard wired thinking errors or unveil the motivations of the heart. Truth is the entry point to liberation."