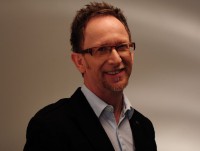 MODERN worship pioneer Graham Kendrick has released a new single. "Praise Him Moon And Stars" is a follow-up to the well-received single "Keep The Banner Flying High". Talking about "Praise Him Moon And Stars" the veteran worship man said the song was "inspired by the first verse of Isaac Watts' hymn on Psalm 92. 'Praise Him Moon And Stars' is a lively call to worship that I have found to work well as an opening song." The track was recorded live in June 2017 at a special concert and features acclaimed musicians including Mark Edwards, Raul D'Oliveira and Terl Bryant. The whole event was recorded and filmed and further songs and videos will be available online in the coming months culminating in the release of a new album.