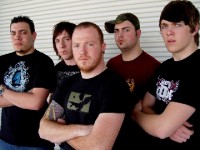 PENNSYLVANIA-based hard rock band War Of Ages will release their seventh studio album on 8th December. 'Alpha' was produced and engineered by Jason Suecof at Audiohammer Studios (Trivium, August Burns Red). It will be released by Facedown Records and will be available digitally, on CD and coloured vinyl.